The F1 stars and their entourage are in Japan this weekend (11th – 13th of October) for the sixteenth race of the season’s calendar: The F1 Japanese GP 2019. Weather permitting, the race is due to take place at the Suzuka circuit, just as it has since 1983, a classic venue and one of the driver’s favourite layouts. Its unique figure-of-eight shape puts racers’ skills and cars’ performance to the test like no other circuit.

The weather, another of Suzuka’s usual features, is this weekend playing a greater role than ever with Saturday’s qualifying session cancelled due to the heavy wind and rain brought about by category 5 typhoon Habiguis.

The track is currently on total lockdown so as to protect the infrastructure and equipment for tomorrow’s race, which, in principle, is going ahead. If Saturday’s qualifying sessions cannot be rescheduled for Sunday then Valtteri Bottas will take the pole as the fastest driver on Friday’s practice.

Mercedes after the constructors’ title

Despite the adverse weather conditions, Mercedes remains optimistic. Their unexpected 1-2 in Russia, where they broke Ferrari’s three-consecutive winning streak (Belgium, Italy, Singapor), means they could seal the constructors’ title here in Japan.

In order to do so, they will need to add on 14 points more than La Scuderia. In principle, the absolute reign that they have exerted in Japan since the beginning of the hybrid era (2014 – 2018), positions them as the clear favourites, particularly so if the developments introduced in the 10W have the desired effect.

Their rivals from Maranello will, of course, try and delay Mercedes’ coronation. Ferrari arrives at F1 Japanese GP 2019 with Sebastián Vettel’s controversial performance in Sochi still fresh in everyone’s mind.

In Russia, the German champion ignored team orders to the detriment of teammate Charles Lecler; actions which have resulted in an understandable tension between the two. Undoubtedly, a victory will help clear the air at the Italian garage.

Numbers, however, are not on the side of the reds with their last victory in Suzuka dating back to 2004 with Michael Schumacher. They do, however, have reasons to be hopeful. The sheer power of the SF90, essential for the circuit’s long straights, coupled with the obvious performance improvement of the Red Missiles, have brought them up in level with the Silver Arrows.

Red Bull and Honda at their other home race

Both the German and Italian teams, however, shouldn’t get too comfortable and will be wise to keep a close eye on Red Bull at F1 Japanese GP 2019. The team from Milton Keynes faces in Japan what it is effectively its other home race.

This is a very special appointment for their engine provider, Honda, which dreams of harvesting a good result at home. Both the horsepower of the RB15 as well as its aerodynamics will be the great allies of the team of the energy drinks.

On top of that, they count with Max Verstappen‘s special magic at a track where the driver skill is critical. That combination of factors could lift Red Bull to the podium.

As for the middle of the grid, currently led by McLaren, we are in for a merciless battle between Renault, Racing Point and perhaps Toro Rosso, the other team on the grid also featuring Honda engines. Even Alfa Romeo Sauber, with their disappointing performance of the last few races, and the always unpredictable Haas, could join the party at F1 Japanese GP 2019. 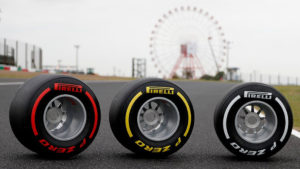