Ferrari’s Charles Leclerc has taken his second consecutive win of the season after Belgian GP last weendend, this Sunday at the 2019 F1 Italian GP after a great defensive exhibition. Both the Mercedes of Valtteri Bottas and Lewis Hamilton have completed the podium at the Circuit of Monza. 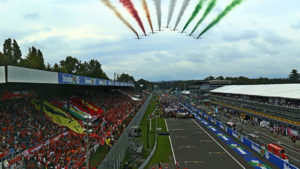 All in all, an unforgettable day for the fans of La Scuderia. The Tifosi have finally witnessed their beloved team to victory after a nine-year wait. The Champaign had not been uncorked by the Italians since Fernando Alonso’s victory in 2010.

It was complete frenzy at the red-stained Monza stands. They were given a most exciting race where their young Leclerc has demonstrated he has what it takes to be a champion.

Behind the headlines, a great performance as well from both Renaults of Daniel Ricciardo and Nico Hulkenberg who have taken the fourth and fifth positions respectively. The French team hadn’t seen both its cars in the top five at the same time since Japan 2008.

Also sensational on the day was Alex Albon. The Anglo-Thai driver from Red Bull has finished sixth, two positions ahead than team head-of-ranks, Max Verstappen, eight. In between the blue cars arrived Checo Perez (Racing Point). 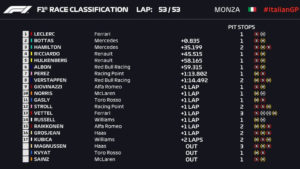 The Mexican driver carved himself a position among the top ten once again. Antonio Giovinazzi (Alfa Romeo) and Lando Norris (McLaren) completed the pointing positions.

On the other side of the coin was Sebastian Vettel with another of his half-hearted performances. The German champion is unable to pull himself out of the hole he is into, as he observes his young teammate getting bigger and bigger. Leclerc has now taken the fourth position in the Driver´s Standings from him. 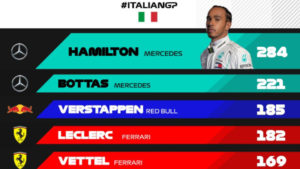 The other great disappointment came from the Woking team after a mistake in the pit, where a tire wasn’t properly screwed in, ended with Carlos Sainz having to retire.

In sum, and unforgettable race for everyone in Monza with the German and four-time champion from Ferrari making another one of the usual mistakes that have been keeping him away from opening the Champaign for such a long time.

The start: Leclerc fends Hamilton off

As the lights went out, Leclerc commenced fending off Hamilton’s constant attacks as he held onto his first starting position. Meanwhile, the Briton was struggling with his teammate Valtteri Bottas, who had come up to his same level over the first few metres of the race. 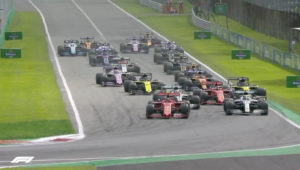 In the end, the Silver Arrow #44 came out on top after the civil war. Vettel, who started in the fourth position, slipped down to fifth after being passed by Hulkenberg. The same thing happened to Carlos Sainz who went down from the seventh to the eight position after being overtaken by Lance Stroll (Force India).

Vettel bids farewell to success after another mistake

At to the top of the race, a leading trio had taken shape commanded by the Ferrari #16 and followed by Hamilton and Bottas. At a short distance from them was Vettel in fourth.

Only six laps into the race and the driver from Heppenheim had already made two consecutive mistakes. First, he lost control of his SF90 and went spinning across the track. Second, he attempted to return to the track in a dangerous way and caused a clash with Lance Stroll.

After the incident, Stroll was also sent into a spin and almost runs into Pierre Gasly’s Toro Rosso. Shortly after, Vettel, who had lost several positions, received a 10-second stop and go sanction. It was goodbye to any chance of winning and once again the German driver was relegated to race in damage-control rather than in competitive mode. 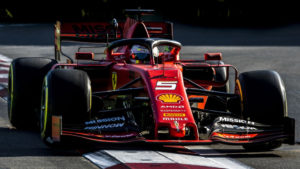 Leclerc continued to be chased by both the cars from Brackley. Well aware of the red missile’s superiority, Mercedes sent Hamilton to pits on lap 20, in an attempt to undercut and finally be able to pass Leclerc.

But the Ferrari team was quick on its mark and replicated Mercede’s move straight away. The Monegasque went down to pit lane. When he returned to the track he was still first at few meters in front of Hamilton. 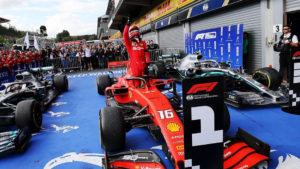 From that moment on, a vibrant duel started between both leaders. In a frenzied chase, the Briton was glued to the diffusor of the Ferrari#16. Under the pressure, Leclerc went off track at the end of the lap 36 straight but managed to keep the first place.

Hamilton was back on the hunt but, a short time after, on lap 42, he would also go off track at exactly the same spot as Leclerc had done. Bottas passed his teammate and that was the end of Hamilton’s battle for the win. 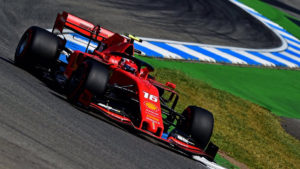 Another Mercedes was now threatening Il Principino, who did not yield to the jabs of the Finn. The stands burst in excitement as Leclerc crossed the checkered flag before anyone else in Monza. The car from Brackey #77 took the second position ahead of Hamilton.

The Renaults of Ricciardo and Hulkenberg came in fourth and fifth after another great performance. Poor Carlos Sainz had lost all chances of getting any points after having to retire due to tyre change gone wrong and when he was running sixth.