Ott Tänak has won the Rally Sweden 2019 taking the leadership after the second tace of WRC calendar. Citröen’s Finnish driver Esapekka Lappi finished next at 53.7 seconds behind the Estonian from Toyota. Closing the podium at 56.7 seconds behind the winner was Belgian driver from Hyundai Thierry Neuville. 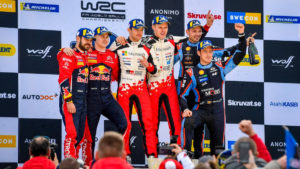 Tänak successfully defended his initial advantage of 54.5 seconds on the last day of the Nordic appointment. During the first two stages of the day he followed a conservative approach not wanting to take any unnecessary risks before checkered flag.

Tänak kept himself for the Power Stage, where managed to add a five bonus points, enough to get ahead of Neuville in the standings and to dethrone the monarch Ogier from the leadership. 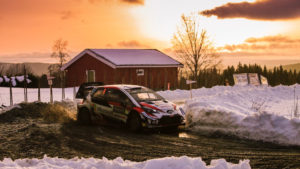 The focus of attention this past Sunday, however, was the battle for the second and third positions between Andreas Mikkelsen (Hyundai), Lappi (Citroën) and Thierry Neuville, all three starting within two seconds of each other. Mikkelsen was the first one to give in to the pressure of his two opponents.

From the first section of the last day it became clear he will not be in the fight for the podium as he slowly started to be left behind. Lappi, on the contrary, a master of the ice and snow, earned a small advantage of three seconds over Neuville. 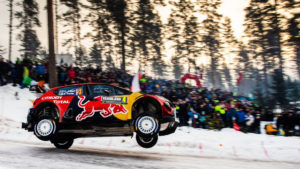 Sébastien Ogier, who had lost all his options on Friday after colliding with a snow slope, managed to save two points in the Power Stage but he had already fallen third in the standings. Ott Tänak has now a leadership of seven points over Neuville, and sixteen over Citroën’s French champion. 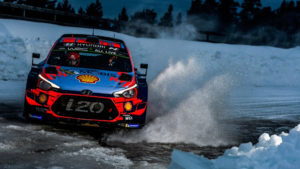 This is the seventh victory of the driver from Kärla in a WRC. The Estonian from Toyota, who did not climb to the top of the podium since the Turkish Rally of 2018, also broke this weekend his 4-race winless strike (three in 2018 and one in 2019). 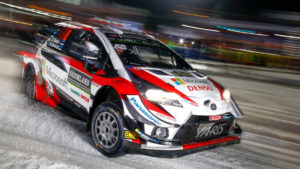 In the first race of the season, Rally Monte Carlo, was third. Now, Tänak is very determined and has plenty of talent to make this the year in which he wins his first crown after finishing third for the two past seasons. 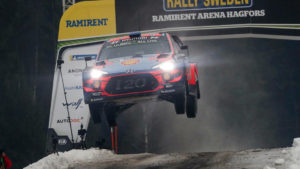 The next date of the Championship is the Rally Mexico in the city of Guanajuato from the 7th to the 10th of March. Ogier was the winner of the previous edition while Spaniard Dani Sordo, who will also be competing in Mexico with Hyundai this year, finished second in 2018.