Five years after their World Rally Championship title victory, Sebastien Loeb and co-pilot Daniel Elena have claimed their ninth victory of the Catalonian Rally in Spain.

His compatriot and current leader of the standings by three points, Sebastien Ogier (Ford Fiesta WRC), and the Briton Elfyn Evans (Ford Fiesta WRC) have joined them at the podium of the 12th and last-but-one race of the 2018 season. 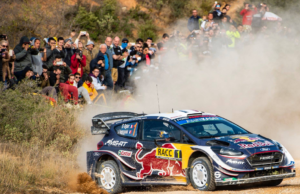 Behind them came, second in the standings, Belgian driver Thierry Neuville (Hyundai I20 WRC) who fell from third to a final fourth position after breaking his wheel at the ‘Power Stage’.

Meanwhile, the Spaniard Dani Sordo (Hyundai I20 WRC) has delighted fans with an excellent performance which should be enough to secure him a seat for the whole of 2019.

This is WRC victory number 79 for the nine-time World Champion, augmenting on the impressive Frenchman’s trajectory.

This win an the Catalonian Rally is particularly noteworthy if we consider that the French duet had only signed in to compete in three of this year’s races. Among those, of course, the Catalunya Rally, one of his favorites and one they both dominated without a break from 2005 until 2012. 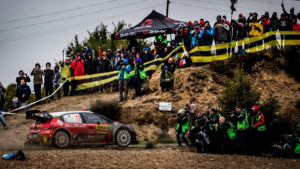 The French driver and his co-pilot only took the leadership on the last day of the Spanish race, sealing a sensational performance on board their Citroën C3WRC.

The Citroën pair has kept a low profile during the first three days of battle. On the forth and definitive day, they changed into a commanding position, which they held with an iron fist right until the checkered flag.

Jumping onto the lead on the last day

Loeb and Elena climbed to the leading position during the first two stages of Sunday at the Catalonian Rally. After Riudecanyes (16,35 Km) and Santa Marina (14,50 Km), they were ahead of Jari-Matti Latvala-Miikka Anttila (Toyota Yaris WRC) by 7,1 seconds and of Sebastien Ogier-Julien Ingrassia (Ford Fiesta WRC) by 10,8 seconds.

The only critical moment for Loeb and Elena came at the Coll de Teixeta roundabout, where they were sent spinning. After taking back control of their car, however, they kept the lead right until the end at the Catalonian Rally.

A trademark of this Catalonian Rally has been the change of leadership with a total of five different drivers leading the race at different points during the weekend. 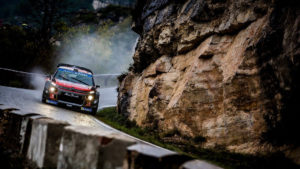 The only mixed-surface race of the Championship, gravel for the first two days and asphalt the following two, hasn’t disappointed fans of the Catalonian Rally. Teams have battled it out until their last breath. Also, they have been once again accompanied all the way by a huge crowd.

Perhaps the only blemish was the cancellation of one of the stages for safety reasons due to a small number of fans which had positioned themselves at dangerous locations in order to watch the event up close, endangering themselves and others at the Catalonian Rally.

The final battle for both the Driver and Constructor’s titles of 2018 will take place at the Australian Rally from the 15th to the 18th of November.

There, Sebastien Ogier (Ford) and Thierry Neuville (Hyundai) will fight for the individual title, while Hyundai and Toyota will do the same for the constructors’ one.