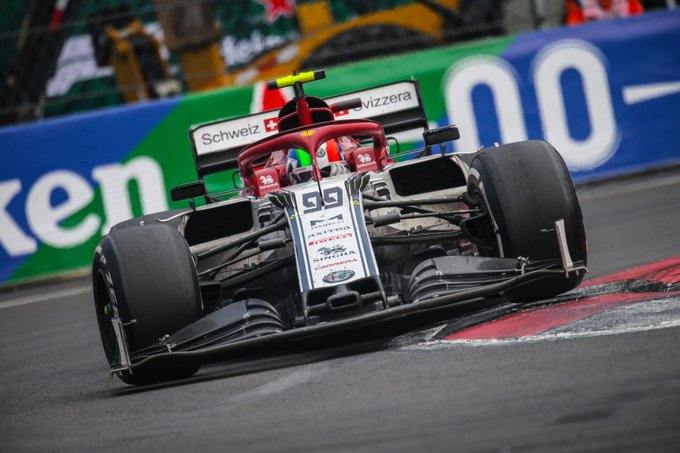 The arrival of Alfa Romeo in Sauber in 2018 has not produced the desired results. The second half of the Formula 1 championship has been even worse for the Swiss team, which has added just three points.

The executives of the Italian manufacturer, disappointed with their performance on the track, are weighing in the pros and cons of continuing in the F1 after 2020, when their partnership agreement expires. Everything depends very much on their ability to improve the final results.

In this sense, the head of Fiat-Chrysler (Alfa Romeo’s parent company) for Europe, the Middle East and Africa, Alberto Cavaggioni, has declared that his firm’s investment cannot be blamed for Alfa Romeo Racing currently occupying the eighth place in the standings… and  29 behind the Racing Point’s seventh place.

“F1 is extremely competitive and we have lacked a bit of luck in some situations, but it is not true that investments have failed. The decline in performance is not even attributable to the departure of Simone Resta, because the program of updates had already been planned. The goal was to improve on last year and we will do that.” – Cavaggioni explained to Italian magazine Autosprint-.

Another high executive of the FIAT Group, Head of Communications Cristiano Fiorio, has insinuated the uncertainty of Alfa Romeo’s future in F1, linking the continuity of the partnership directly to the final results: “From the commercial point of view we are satisfied, and from the sporting perspective, it is clear that, although it is difficult to be in the top ten, we cannot be satisfied with the last races. We will look at the results and decide what to do in the future” – Concluded the Italian executive.

The team from Hinwil, now very much a satellite team of Maranello, has fizzled out over the last few races. Some specialists are already questioning the efficiency of the association, which has turned Sauber into a sort of ‘Ferrari B’. Among those unconvinced by the outcome is the Fiat Chrysler Automobiles group, owners of the Milan brand, and whose board will evaluate the future of the Swiss team.

Despite the obvious improvement in the international projection of the automotive firm, the performance on the track does not seem to compensate for the economic support of the corporate conglomerate. The results of the Milanese company as a whole are also lacking.

On top of that, there is another key factor to consider: The coming into force of the new F1 2021 regulations pack, which paints an uncertain scenario for some teams. Brands such as the one from Milan could have to rethink their continuity in the sport, particularly after undergoing such a marked decline through the season.

During the first half, they were regulars of the points’ zone only to be left out of it for most of the races during the second half. For this season, their primary objective was to improve on the results of the previous one, something that is unlikely to happen.

Alfa Romeo Racing new line-up for 2019, made up of 2007 World Champion, Kimi Raikkonen, and Ferrari protégé Antonio Giovinazzi, in replacement of Marcus Ericsson and the Monegasque pearl, Charles Leclerc, has suffered a sharp decline in performance for the second part of the year.

In the seven Grand Prix since after the holiday break, both drivers have obtained a combined grand total of three points out of a total of 350 that were up for grabs! Especially poor is the performance streak of the Italian.

He currently occupies the fourteenth position in the standings with 31 points, where he has remained since Hungary where he finished seventh. With those results, the announced renewal of his contract for 2020 is surprising to say the least, especially considering the existence of other candidates such as Nico Hulkenberg.