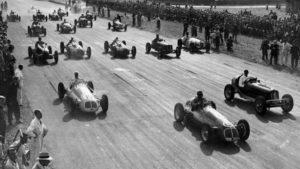 Besides this notorious anniversary, the Far Eastern race comes loaded with excitement and tensions within some of the teams. Mercedes arrives in China topping the table after adding in Grand prix of Bahrain its second consecutive 1-2 of the year. 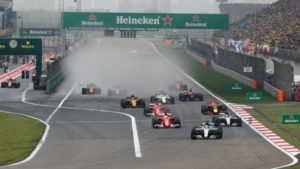 Ferrari, their top rival, comes to Asia with every intention of turning the page on the Sakhir disaster where an engine failure prevented Charles Leclerc from obtaining his first F1 victory. The Italian Scuderia must win at the 2019 F1 Chinese Grand Prix if it wants to dispel any doubts about its competitiveness this year. 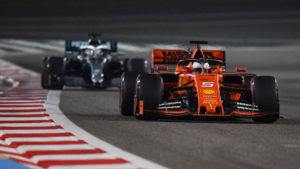 Third in line, Red Bull, are also under a lot of pressure to raise the performance of their RB15 at the  2019 Chinese F1 Grand Prix if they want to get comfy with the German and Italian leaders.
Behind the untouchable three, but having experienced some extraordinary sensations, is McLaren.
The team from Woking wants to keep up the good results so far and ensure the optimal performance of their MCL34 in a very different scenario from that of Albert Park and the Shakir circuits. Their main goal is to lead the midfield, with their head of ranks, Carlos Sainz still with no points.

The Shanghai International Circuit has hosted the F1 Grand Prix for 15 years. It was built by architect Heman Tilke for 450 million dollars and was inaugurated in 2004 with the victory of Rubens Barrichello. 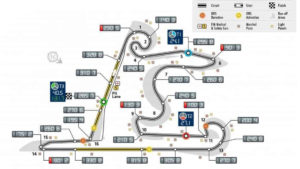 Its track is 5,451 meters long and has 16 bends, nine right-handed and seven left-handed. Bend number 1, at a 270-degree angle representing the Ying and yang, is one of the most peculiar of the layout. The design of the track represents the Chinese symbol ‘Shang’ which means ‘above’ or ‘ahead’. The race consists of 56 laps with a total distance of 305,066 kilometres.

Michael Schumacher has the fastest-lap record on the Chinese track. The Kaiser clocked 1:32.238 on board his Ferrari in 2004. Sebastian Vettel holds the record in qualifying (1: 31.095) also on board a Ferrari in 2018.
Romain Grosjean signed the highest ever recorded speed (340km/h) in 2018. Finally, Lewis Hamilton and Mercedes, with five victories each, remain the most successful driver and team in the history of the Chinese racetrack.

Mercedes arrives at the Chinese Grand Prix on a privileged position after what has been the best start of the season in its history. The Barkley Scuderia has settled the Australian and Bahrain GPs with the highest possible scores, despite the not so favourable forecasts for the W10. For some, the half-pretend humility of the team’s chief, Toto Wolff, could be intended to mask the relative mechanical inferiority of his silver arrows. 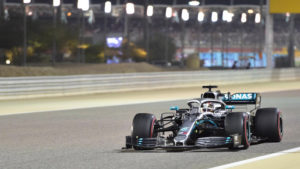 On an individual level, Valtteri Bottas remains, to everyone’s surprise, at the lead of the drivers’ table. He has one more point than his teammate Lewis Hamilton, after finishing second in Bahrain. The Finn will have to keep on feeding his ambition if he wants to renew his contract at the end of the season, which seems unlikely. 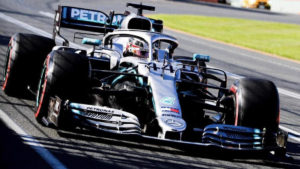 Hamilton still has the sweet taste of his unexpected victory in Sakhir in his mouth. A priori, the Chinese track is perfectly suited to his driving style. Not in vain, he has won in Shanghai more times than anyone else in history, five in total: 2008, 2011, 2014, 2015 and 2017.
Mercedes has also been the most successful team in China, winning in 2012, 2014, 2015, 2016 and 2017. The Shanghai circuit requires a very good bend performance in order to succeed, and that is precisely Mercedes’ strength.

Ferrari, after their first triumph

The Chinese Grand Prix is going to be a key race for the Maranello team … and particularly for Sebastian Vettel. After a disappointing start of the season with no wins so far, they need a convincing victory at the Far Eastern appointment. 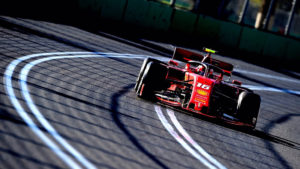 The exhibition of the young Monegasque in Bahrain has shaken the hierarchy of the Prancing Horse, rarefying the atmosphere at Ferrari’s garage. At the same time, the German champion keeps on making mistakes when he comes head to head with Hamilton, making his position extremely difficult. A civil war could be looming in Maranello. 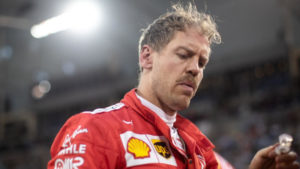 On top of that, the fault on Charles Leclerc’s SF90 when he was leading the Arabian race has filled the Italian engineers with fear regarding the reliability of their car. Added to this explosive cocktail is the rumours that doubt the superiority of the red missile against the silver arrows. These imply that the alleged perks of Ferrari hide some sort of irregularity.

McLaren, to keep on growing

After finishing within less than a second from the winner in Bahrain, McLaren faces the Chinese Grand Prix with optimism. The MCL34 showed a great pace at the Sakhir race, dispelling any doubt about the quality of the British car. 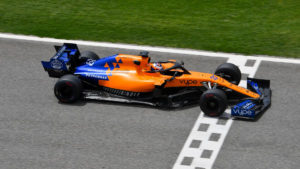 Lando Norris got the sixth position and Carlos Sainz was extremely competitive at the desert race. The Spaniard came head to head with the Red Bull of Max Verstappen, something unthinkable at the beginning of the season. 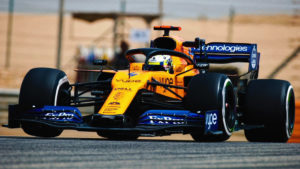 Despite having to abandon in the end, and although they are still far from the “top three”, the team has taken a great step forward. Their objective is to lead the middle zone of the grid with a car which has been praised by Red Bull’s aerodynamics guru Adrian Newey.
‘2019 Chinese F1 Grand Prix Preview’ Images: Mercedes, Ferrari, Red Bull, McLaren, F1.com, Pirelli, Wikipedia
Facebook:
Formula 1 celebrates its 1000th race this weekend (April 12-14) at the Chinese Grand Prix of 2019. The Shanghai International Circuit will be the setting for this landmark event with Mercedes arriving as leaders and Ferrari desperate for their first victory of the season.