Sebastien Ogier (Citroën) has made up for his withdrawal at the Swedish Rally by claiming the victory at Rally Mexico 2019. This was the second win of 2019 WRC calendar, after Rally Monte Carlo, for the six-time world champion, his fifth in the North American country. 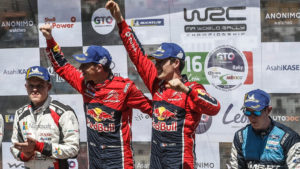 In the second position, but over half an hour later, arrived Estonian driver Ott Tänak (Toyota). An outstanding Elfyn Evans (Ford) completed the podium with a time of fifty minutes behind the leader. The time difference between the winner and his two closest pursuers highlight the superiority of the driver from Gap. 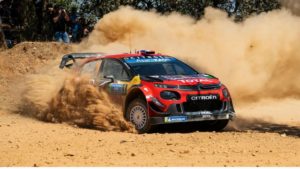 Ogier’s relentless and consistent pace, together with the withdrawal of several of his rivals (Dani Sordo, Andreas Mikkelsen and Jari Matti Latvala) meant the French could enjoy a very tranquil ride till the end. He only had to manage his very wide advantage to claim a win which positions him at just one victory away from the six-title record that Sebastien Loeb holds in Rally Mexico 2019.

The thrill and the surprises started on Friday. Several participants lost their title options at the complex section known as El Chocolate. Ogier’s two greatest opponents for the WRC title (Thierry Neuville and Ott Tänak), were not very lucky during those first stages of the event. Before they had time to react, the defending WRC champion was already flying towards the checkered flag. 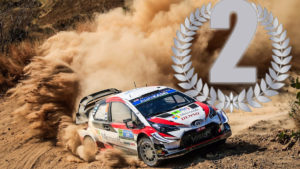 During that same day, several other incidents cleared Ogier’s path towards his fifth Rally Mexico trophy. Teemu Suninen (Ford) was involved in a dramatic accident, while Thierry Neuville (Hyundai) suffered a slow puncture.

Soon after, Andreas Mikkelsen had to retire when his i20 Coupé WRC hit a stone and suffered suspension failure at the Rally Mexico 2019. 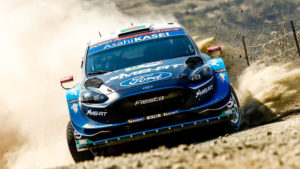 From that moment on, Ogier and Sordo became the only virtual candidates for the throne. The Spaniard, however, was not in luck. Just before the seventh stage, his i20 Coupe WRC had had enough.

An issue with the alternator prevented him from fighting for glory, at precisely the same time that Ogier suffered a puncture.

By the end of the day, it seemed as if the dice had been cast… but Saturday arrived with a few surprises. A new and unexpected enemy for Ogier appeared on the horizon. Kris Meeke (Toyota) flew in Guanajuatito taking advantage of a new puncture of the Gaul. 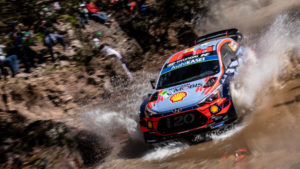 Then something happened that sparked the controversy at the Rally Mexico 2019. Esapekka Lappi came spun on a left curve getting his Citroën stuck in the middle of the track as a result.

There was still enough space for cars to pass through that point, as so they did. When Ogier arrived at the section with a puncture, however, race directors decided incomprehensibly stop the special. 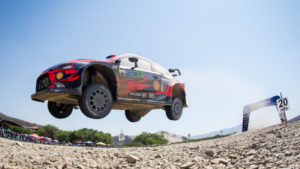 Thanks to that decision, Ogier would only lose a second against Meeke, an insignificant time given the circumstances. The driver from Northern Ireland was furious with what he considered to be a partial and unfair decision. 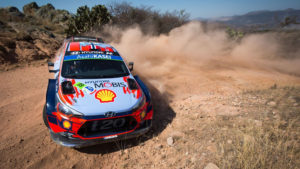 From then on, he lost concentration and with it, his winning chances. He suffered a puncture and damaged the suspension of his Yaris WRC. Ogier was now truly free to ride unchallenged towards his fifth Mexican triumph.

On Sunday, Tänak and Evans spiced up a day in which the winner was already decided. Separated by a mere two seconds during the last three sections of the test, they gave everything they had for the second position.

In the end, the Estonian and his Yaris WRC imposed an unattainable pace for Evans. With that second position Tänak keeps the leadership of the standings at four points ahead of Ogier.

Neuville managed to save face at a very difficult rally where he came out first, opening track for the rest. The of the World Rally Championship (WRC) will be the Rally Corsica, from the 28th  to 31st of March.