Something has been worrying the Formula 1 world for a while: there has been a global decrease of interest in the sport and audiences have been steadily getting smaller over the last few years. Even though these changes have been gradual they are significant enough to take them seriously. The competition is naturally trying out new ideas to regain the lost ground. And it is against this backdrop that a significant number of changes, revolutionary some say, are being introduced for 2017. These innovations concern primarily the single-seater vehicle’s aerodynamics and engine. In theory, the competition will become more balanced, dramatic and faster as a result but is this so in practice?

The resolved changes are diverse: as far as the aerodynamics are concerned the front and back spoilers are to be made bigger, wider wheels will also be used as well as bigger chassis and diffusers. Regarding engines there will be one less unit per team and each unit will be sourced at a more competitive price. Better supply chain guarantees will also be put in place together with other measures to level out performance  (significantly the phasing out of the token system this very year). All these new developments will translate into bigger single-seaters with a better grip and able to considerably reduce the lap time.

Everyone knows that theory and practice don’t always go together. So far the announcement of all these new developments has brought uncertainty to the grid, and for some, the hope for a more balanced season.

– “We are all in the dark about these changes, anything can happen” said Fernando Alonso, in  what could be a key year for McLaren.

Essentially it is all about putting on a bigger show, and that is  where the scepticism arises from. Many are of the opinion that these new single-seaters will loose top straight-line speed and consequently loose take over agility; a serious downside. The extra speed at the bends is not expected to be particularly noticeable by the public, especially those watching the race on TV, having little impact on the overall show.

If both these fears turn out to be true, we will run the risk of even flatter races, like emotionless parades of vehicles devoid of any punch. Only strategy questions might gain some weight as a result. Exciting perhaps for the most studious enthusiasts but not for the wider public and those that the F1 needs to hook back.

José María Rubio from Marca Motor recently declared “F1 needs emotion and for that you need indomitable cars. People used to feel it and get hooked as a result, now they go have a nap, unless it is raining or some other extraordinary circumstances”. As yet, the new developments seem to point in the opposite direction. 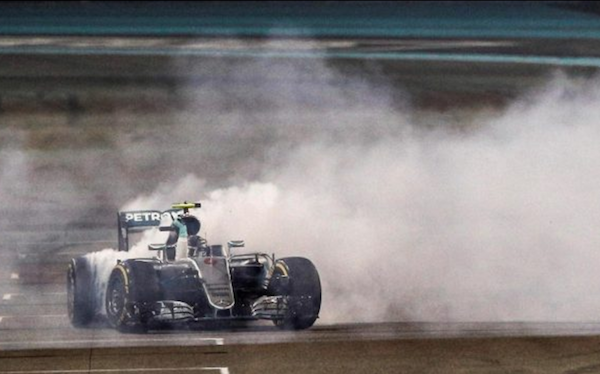