Thierry Neuville (Hyundai Motorsport) has won the Rally Corsica 2019 ahead of Sebastien Ogier (Citroën) and an outstanding Elfyn Evans (Ford) in a heart-stopping finale. The Briton from the M-Sport team started the last day on the lead but lost the position after suffering a puncture in the final Power Stage. 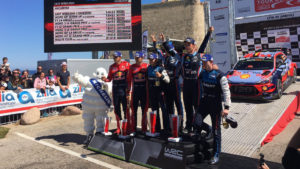 The fourth round of the 2019 WRC Calendar has delivered on the great excitement and thrill that it promised, right until the very last moments before checkered flag. This victory gives the first place in the standings back to Neuville with 88 points, two more than Ogier and five more than Ott Tänak. Toyota’s Estonian driver has been one of the great losers of the weekend having gone down from leading the table to the third position.

After crossing the finish line, Neuville was very critical of his own performance. “I’ve tried my best, but my time has been rubbish.” At that point, nothing would suggest that his disappointment would soon turn into happiness.

Elfyn Evans was yet to finish, and at his pace, he was destined to be the winner. On Sunday, the Briton had started 11.5 seconds ahead of Neuville, his main rival for the victory. Everything was to be decided in a very tense final section. 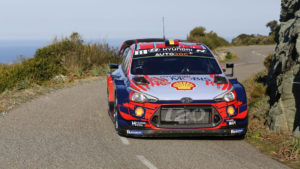 A few meters before the finish line, however, the unexpected happened. The Welsh driver’s Ford Fiesta suffered a punctured. Goodbye to what would have been his first victory since the Welsh Rally 2017. 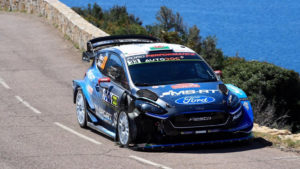 Despite losing the victory, Evans, who was third in the Rally Mexico, has achieved his second consecutive podium of 2019; an extraordinary achievement considering his resources and vehicle.

A hard blow for M-Sport

Collectively, it would have been a well-deserved triumph for a team which has been suffering some serious financial issues recently. Its presence in the 2019 World Rally Championship was in the air until the very end. It was not easy to pick up where they left off after Ogier’s departure. 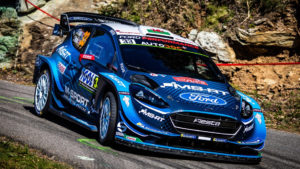 This was the second time the team was abandoned by one of their stars over two years, since Tänak, had also left them in 2017. Under these circumstances, the work and effort of the team from Cumbria are even more significant. Luck has not been on their side, however, as it has stripped them form victory in the most unfair and cruellest way possible.

Hyundai and Citroën rip the benefits

Hyundai represents the other side of the coin in this Corsican drama. They arrived in France with a fearsome lineup. Four asphalt geniuses that would conquer the first belated success of the year. And so, they did. At an individual level, Neuville lifts up the pressure that was hanging over him and positions himself in a privileged position to fight for that elusive title. 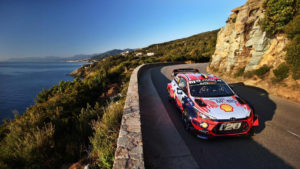 Ogier’s second place at the Rally Corsica was an unexpected gift despite his remarkable comeback since Friday. On the opening day, the six-time World Rally Champion lost control of his C3 WRC in a corner, losing some precious seconds. The Frenchman had to use all his magic and skill at the wheel to recover. 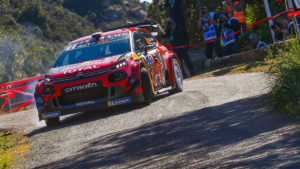 Finally, it is worth noting the performance of Dani Sordo on board his i20 Coupé WRC. The Spaniard from Hyundai was fourth after a very consistent weekend which left him with great sensations. He has been close to the top throughout the whole of the island event in this his second race with the team from Alzenau.