There has been some controversy after last Sunday’s Rally Portugal, seventh appointment of the 2019 WRC Calendar, which was won by Toyota Gazoo Racing driver, Ott Tänak. The current leader of the standings Sebastien Ogier, who finished second in Portugal, has slammed the Hyundai Motorsport team tactics.

The six-time champion’s complaints have been specifically directed towards the South Korean team’s chief Andrea Adamo. According to Ogier, Adamo would have used some dubious tactics with the aim of undermining his rivals.

Getting sanctioned on purpose

It all started when Dani Sordo and Sebastien Loeb allegedly got sanctioned on purpose in order to obtain a strategic advantage on the second stage of Rally Portugal. The sanction would mean they wouldn’t be opening the race and thus avoid being the first to sweep the earth and sand off the track.

According to Ogier’s theory, Adamo would have ordered them to start behind the Citroën driver, who would have had to deal with a dirtier track and thus get a worse time overall. 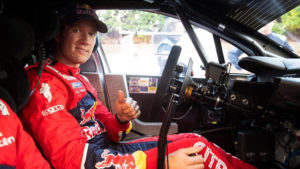 The current WRC defending champion explained: “I am not against team strategy to change the starting order of pilots, but on occasions, tactics can be used in a very mean way (…) But today we can be lucky, or we can thank one man which is Dani Sordo because he refused to follow instructions.” The results of that manoeuvre were obvious in the unfolding of the stage. Contrary to what happened to Thierry Neuville (Hyundai), Ogier could barely cut seconds to Meeke (Toyota).

To stop in order to wrong rivals

The driver from Gap didn’t stop there in his accusations but got increasingly bitter regarding some further issues.  He accused Adamo of planning some very dirty tactics for Sunday.

“My sources have told me that Andrea Adamo had asked them [Hyundai drivers] to stop in the special stage and start in front of Meeke. Thankfully Dani (Sordo) is a good person and refused to do it.” – explained Ogier, who also made it clear that he didn’t get this information from any of the drivers or co-pilots.

According to Ogier, Adamo’s mischievous plan was to unfold in the following way. During the third stage, Neuville had a five-second advantage on Meeke and a little less than a ten-second one over Tänak. The strategy was for the Spaniard to stop and restart in front of Kris Meeke so as for the dust to negatively affect Meeke, giving the Belgian driver a greater chance of winning.

In the end, the Irishman’s own inconsistency, rather than any alleged strategy by Hyundai’s boss, made it easier for the Belgian driver. As it was to be expected, Adamo has refused to comment on the accusations, labelling them as absurd.

A good moment for Tänak

Besides this controversial issue, the Rally Portugal served to state the great moment that Ott Tänak is going through, without the need for any dubious strategies. With his Portuguese success, the driver from Kärla has become the first among the favourites to win this year three Rallys in Sweden, Chile & Portugal. He is now positioned at just two points below the lead, currently occupied by Ogier.

The next date of the calendar will be the Italian Rally on the Mediterranean island of Sardinia from the 13th to the 16th of June.