The season of the World Rally Championship kicks off with the 2019 Monte Carlo Rally, from the 24th to the 27th of January with driver Sébastien Loeb as one of the key figures of this 87th edition.

The French driver and nine times winner of the World Rally Championship will drive a Hyundai i20 for the first time.

Hyundai and Loeb: The favourites

Despite the many challenges involved, both Sébastien Loeb and faithful co-pilot Daniel Elena remain the most likely candidates to triumph in 2019 Monte Carlo Rally with Hyundai Motorsport. 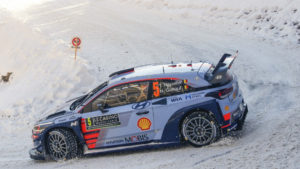 The winning pair has only just landed from Peru, where they finished third in this year’s Dakar Rally and have only had a chance to test their Hyundai i20 Coupe WRC this past weekend. 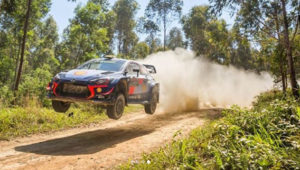 This is one of the most challenging Rallies in the world and drivers are to expect adverse and changeable weather conditions including ice and snow so the choice of tires is crucial. 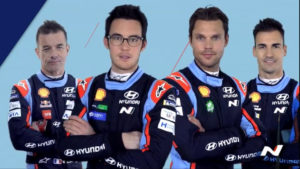 On top of that, approximately 40% of the sections of the 2019 Monte Carlo Rally have been remodelled for this edition. Loeb and Elena will have the pairs Andreas Mikkelsen-Anders Jaeger-Amland (#89) and Thierry Neuville-Nicolas Gilsoul (# 11) as team-mates. 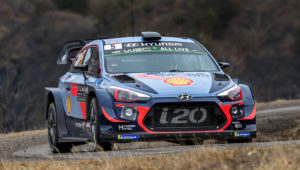 Neuville’s best result in the ‘Monte’ is third (2016),  but having finished second over the last three editions of the WRC, he is sure eager to get the crown and assert his authority right from the start of the championship. The korean squad need to win at the 2019 Monte Carlo Rally.

The Citroën Total WRT team arrives at the 2019 Monte Carlo Rally having done its homework in the pre-season and with good sensations overall.

Its drivers, the couples Sébastien Ogier-Julien Ingrassia (#1) and Esapekka Lappi-Janni Ferm (#4), have completed 3x200km-days of testing on board the new C3 WRC. 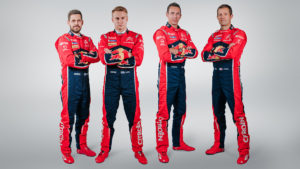 The Citröen Racing technical team has performed the tests on both wet and dry conditions as well as on ice and snow in preparation for the different environments which they might encounter at the 2019 Monte Carlo Rally. The Versailles-based team arrives at the race exuding optimism and confidence. 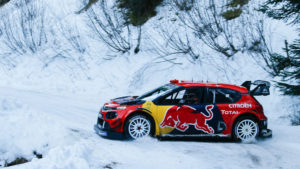 Ogier was born in the High Alps region and knows those roads like the back of his hand. Just as Loeb, he is also on the top favourites’ list to win this rally. 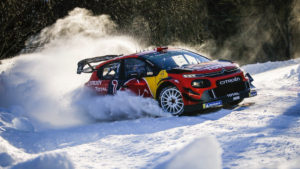 The defending champions of the FIA WRC title (Ogier-Ingrassia) will try and conquer their six-consecutive crown (seventh in total) and get a little bit closer to Loeb’s nine victories.

The British M-Sport Ford WRT team will compete again in 2019 despite rumours regarding their continuity. The Britons won the Drivers’ Championship in 2018 with Sébastien Ogier, and the team’s championship in 2017. However, with the departure of the French star they face a difficult season. 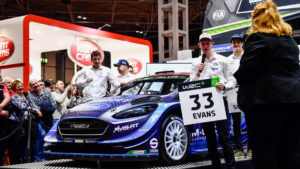 This time around, the team will count on the talent of duos Elfyn Evans-Scott Martin (#33),Teemu Suninen-Marko Salminen (#3) and Pontus Tidemand-Ola Floene (# 7). The squad from Cumbria has also undergone two extensive training session ahead of the 2019 Monte Carlo Rally. 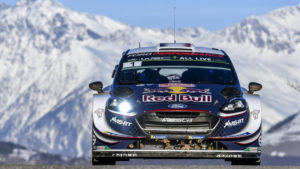 Human skills aside, the great strength of the team will reside in their revamped Ford Fiesta WRC. The blue missile has undergone modifications to its rear bumper and louvres which are meant to make it more aerodynamic. 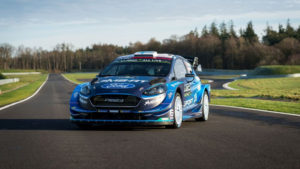 The new shock absorbers, adaptive lighting and all-around electronics will also make the vehicle a lot more reliable. Perhaps, more importantly, the engine has also been updated, which should translate into improved performance.

Toyota: After the Driver title

The Toyota Gazoo Racing WRT team will compete in the 2019 Monte Carlo Rally with three Yaris WRC. Its crew is made up of the following couples: Ott Tänak-Martin Järveola (#8), Jari-Matti Latvala–Miika Anttila (#10) and the ‘shocking’ Kris Meeke and Seb Masshall (# 5). 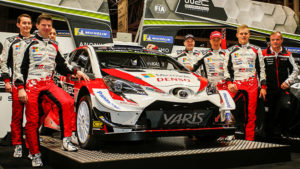 After a brilliant 2018 where he sealed several victories, Tänak feels he has the experience and speed to win in 2019 Monte Carlo Rally and even to take the crown itself. He knows this could be his great chance and he is not planning to let it go without a fight. 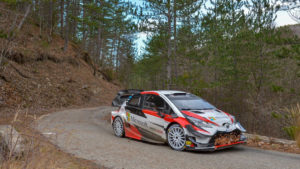 To achieve his dream, he can count on a great car: the Yaris, with which Toyota was proclaimed Team Champion in 2018. The Japanese machine could be capable of great things in the hands of Tanak. 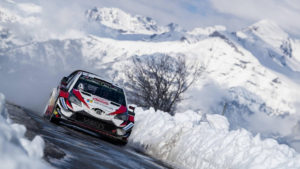 His partner Jari-Matti Latvala, the most experienced of the WRC grid, still hopes to win the crown one day. He has come in second on three occasions (2010, 2014 and 2015) and he knows he is running out of time. 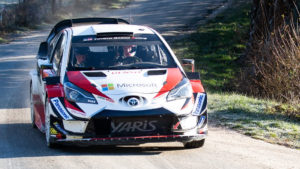 As for Meeke, he has a chance to show the world what he is made of, as long as he doesn’t crash as he did last year with Citröen.