Formula 1Canadian F1 Grand Prix Preview: Mercedes to hold on to their reign

The World Championship arrives in North America this weekend (6-9 June) for the 2019 Canadian F1 Grand Prix, which will be held at the Gilles Villeneuve Circuit in Montreal. Mercedes arrives in Quebec as the absolute favourite after taking its sixth and most challenging victory of the year in Monaco.

Ferrari, on the other hand, and despite their second place in the Principality, has reached a crisis point, unable as they seem to produce the results that everyone was expecting of them. Red Bull for their part will be trying to take advantage of Ferrari’s misery and add on their third podium of the year in Canada. Finally, best of the rest McLaren,  will try and get Carlos Sainz in the points for the fourth consecutive Sunday in the season.

The Silver Arrows have gone unrivalled so far. The pace of the W10 is out of reach for all of its adversaries. It is true that in Monte Carlo Mercedes did not get another 1-2, as they have in every other race of the season, but both its drivers were again on the podium. 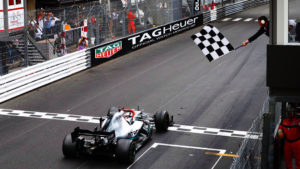 Lewis Hamilton as the winner and Valtteri Bottas in third place. It is also highly likely that the Finn would have finished second if he hadn’t suffered a puncture. In any case, the boys from Brackley continue to enjoy unparalleled success.

The British champion, however, had to work a little bit harder for his Monegasque win, but this was entirely down to his team choosing the wrong kind of tyre on the day. The perceived performance equality between the #44 and Max Verstappen’s Red Bull at the Riviera, was, therefore, a mere delusion. Moreover, Mercedes has a new and most powerfull engine at the Canadian F1 Grand Prix.

Monaco: A day to forget for Ferrari

Despite obtaining their best result of the year in Monte Carlo (2º place for Sebastian Vettel), they are still not able to seal the deal and defeat Mercedes. The now obvious technical superiority of the W10 over the SF90 has been met with a string of errors committed by the Italians. The last of them in Monaco had Charles Leclerc knocked out in Q1.

That incomprehensible blunder was followed by Leclerc’s withdrawal in the actual race. The Ferrari #16 was desperate to perform an impossible comeback after his team’s mistake and ended up crashing with the Renault of Nico Hulkenberg.

Meanwhile, the four-time German champion who is currently 55 points behind Hamilton in the standings, has had to deal with the rumours of his likely retirement. Despite having won in Canada twelve months ago, the feelings and the morale this time around are very different. 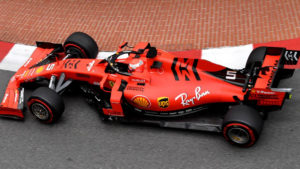 At least at the Gilles Villeneuve Circuit, with its long straights and its absence of slow bends, Vettel could play with some advantage. The need for sheer power will favour the SF90. The forecasted mild weather for the weekend could also aid the team from Maranello as it will mean the Prancing Horse could be more reliant on the performance of its tyres.

The Ferraries, however, have undergone no developmental improvements before the Canadian race. At just a third into the season, Ferrari is 118 points behind Mercedes in the constructor standings. The reds have to wake up and face the music, ASAP.

A step below Ferrari, but getting increasingly closer is Red Bull. Their Dutch driver, who was third in Montreal last year, will be eager to get his third podium of the season after Australia and Spain. A more ‘mature’ and consistent Max Verstappen is squeezing all the juice out of his RB15 with his worst result of the year a fantastic fourth place. 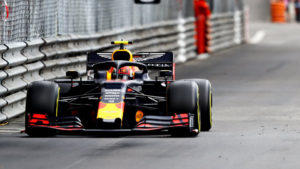 The Italians have very good reason to be concerned with the progress of the Austrian team and particularly with that of Verstappen. His teammate Gasly, on the other hand, despite having experienced a notorious improvement in performance over the last few races, is not quite strong enough yet to pose a threat.

Sainz and McLaren after more points

Last but not least, McLaren will aim to continue producing good results. After a bad start of season, the team from Woking has come in the points in the last three races in Baku, Barcelona and Monte Carlo. 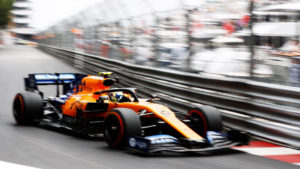 Carlos Sainz got the best result of 2019 for McLaren with a sixth finish in Monaco. The Spaniard is in great form and spirits and commands the midfield with his seventh place in the standings. Above him only the untouchable Mercedes, Ferrari and Red Bull.