5 5 Sep, 2019
fernando alonso, Rally Dakar, Dakar 2020, Dakar test
Two weeks after his experience at the Namibian dunes, Fernando Alonso has continued with his training for his presumed participation in the Dakar 2020.
The driver from Asturias has successfully completed two days of training on Monday and Tuesday (2nd and 3rd) at Szczecin, Poland.

Fernando Alonso has covered a total of 700 kilometres on board his usual Toyota Hilux 4×4.

Part of the Polish test was carried out in sections of the Baja Poland 2019. In this way, it was intended that Alonso would be able to practise the skills and expertise demanded by the varied surfaces and terrains that he will find at the famous raid in Saudi Arabia.

The Polish test is part of the FIA’s Cross Country World Cup which, incidentally, had taken place on the day previous to the Spaniards using of its layout for training purposes.

Fernando Alonso travelled to Poland with the Overdrive Racing Team, part of the rally logistic structure of Toyota Gazoo Racing. Its specialists have also been in charge of drawing the demanding training route for the Spaniard. 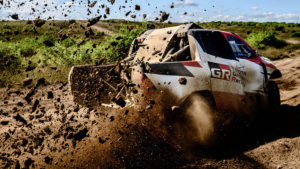 For a whole day and a half, Fernando Alonso has had a chance to try out several types of fast tracks. He has been exposed to a wide range of terrains where he has had to face both hard and soft sand surfaces as well as some bumpy stretches.

The Spaniard has appeared very satisfied with his first European test sessions which are also the second stage of his training programme before the Dakar 2020.

“It was definitely a positive couple of days here in Poland where I could experiment with a different sort of terrain. At this stage of my training, I welcome every kilometre in the Hilux and I’m happy we were able to push ourselves beyond the team’s original plans”.

“It’s really great to be part of the Toyota Gazoo Racing family and be given opportunities to try my hands at different types of motorsport. The Hilux has been really fun to drive and I’m enjoying every test“, said the Spaniard.” 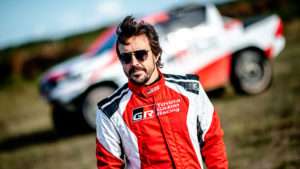 Along the same lines, Glyn Hall, top responsible of the Toyota Gazoo Racing South Africa raids project, has said the following regarding the Spaniard’s performance:

“This was the first test for Fernando Alonso in Europe with the Hilux driving on very different terrains and conditions compared to Namibia two weeks ago. As we progress through our intensive training programme, we are focussed on getting quality kilometres as Fernando continues to familiarise himself with the Hilux and rally raid, more so than pure mileage.”

“Nevertheless, we were able to double the planned mileage for this test which demonstrates just how quickly Fernando is acclimatising to the Hilux. Next week, we leave the relative comfort of a private test setting, to give Fernando Alonso a first taste of a rally raid competition environment at the Lichtenburg 400.”

“We are grateful to the South African Cross Country Series for the special dispensation allowing TOYOTA GAZOO Racing to maximise this valuable opportunity in Fernando’s continuing training programme.” – concluded Hall regarding the Spaniard’s evolution.

Fernando Alonso will, therefore, fly to South Africa after taking part this weekend in the Italian Grand Prix of Formula 1 in his role as an ambassador for McLaren. 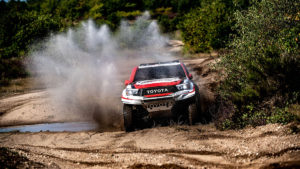 It will be in the African country, on the 13th and 14th of September, where Alonso will have his second challenge in preparation for the Dakar. He will take part in the Lichtenburg 400, the fifth round of the South African Cross Country Championship (SACCS).

Alonso will take the exit at the Lichtenburg 400 in a non-competitive role. Despite completing the same layout as the other drivers, his performance will not be part of the race itself. His role will be very much that of a Zero Car.