Finally, the open secret which we told you about here on April the 5th has been made official. The Dakar Rally 2020 will be held in Saudi Arabia. An announcement has been made by both parties involved in the agreement; the ASO (Amaury Sport Organization) which organise the famous race, and officials from the Persian Gulf nation. 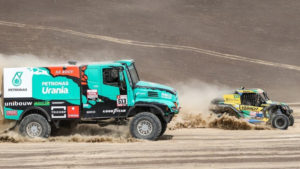 After three decades (1979-2008) in Africa and ten years (2009-2018) in South America, the legendary raid embarks on a new stage in the Middle East. Perhapps, the best Dakar duels of the History will soon arrive.

The news was made official last Monday at an ASO conference, where the company notified of the change of location for the 2020 Rally and spoke about the future of the raid in its new Middle Eastern home.

“It will be a great opportunity, across the enormous territory, to face new challenges that will put pilot’s navigation skills to the test” company sources declared. 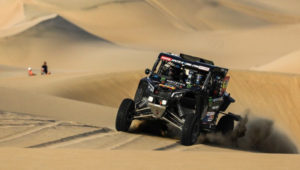 “It is fascinating having to design a route within such monumental geography, made up for the most audacious itineraries. We are spoilt for choice (…) these territories are made for rally-raids”, explained David Castera, Dakar director since March. 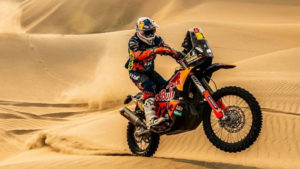 “Right from the initial agreements and experiences, it has always been clear to me that the Dakar Rally has the discovery of new locations written in its genes. This is, in sum, a voyage into the unknown (…) I am convinced that such a feeling will be shared by all riders, drivers and co-pilots. As the director of the event it’s a massive challenge to be faced with a blank page with limitless possibilities” – Concluded Castera-.

The agreement gives the raid some much-needed stability guaranteeing its very survival, which had been jeopardised in recent times. This new deal puts an end to the economic uncertainty and the viability of the legendary Rally that the ill-fated Thierry Sabine created in 1979. 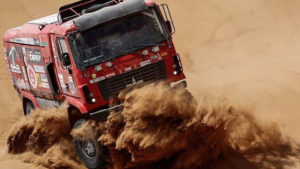 Chile and Bolivia’s last-minute withdrawal as potential hosts for the race in 2019 alleging financial difficulties, had the celebration of the last Latin American edition hanging from a thread. The Rally was saved in the last minute with the design of a route that ran entirely through Peru.

Saudi Arabia and the President of the Motor Federation, Prince Khalid Bin Sultan Abdullah Al Faisal have said to be delighted with the arrival of the Dakar Rally 2020 in their country.

“For a long time, I wanted to compete in the Dakar, but since I could not make that dream come true, now I have the chance to materialize an even greater one, which is to welcome the Dakar in the Middle East for the first time”. 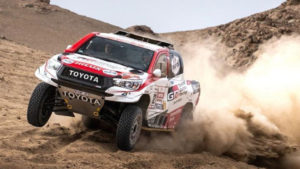 “Prince Muhammad Bin Salman, as well as the trust of the president of the General Sports Authority, Abdul Aziz Bin Al Turki Al Faisal, have been key in obtaining the rights that allow us to organize a sporting event of this fame and relevance ” – Al Faisal declared-.

“We will create new challenges and magical routes at the spectacular and mysterious Rub al-Kahli desert. The diversity of terrains and the natural environment of the country will offer participants a unique experience.” – finished.

A challenging and breath-taking setting

Al Faisal does not exaggerate when he speaks about his beloved country. Saudi Arabia has an area of 2.1 million square metres and a population of over thirty-two million. The dessert, its most iconic landscape, covers a surface of 2.3 million square metres, being the Rub al-Kahli, the most famous of them all. 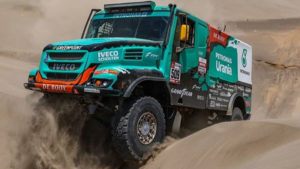 To the south, Saudi Arabia share borders with Yemen, Oman and the Arab Emirates. In fact, it has not been ruled out for some of those nations to join the legendary race in later editions. Beyond its famous dunes, however, Arabia also offers other impressive scenarios. To the west, for instance, there is the Asir mountain range forming an imposing and rugged landscape.