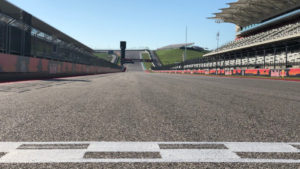 After his exhibition at the 2019 Argentinian Grand Prix, Marc Marquez arrives at the third appointment of the calendar as leader of the standings. The Texan circuit is one of the Spaniard’s favourites, having won there for the past six years consecutively. Since 2013, the Circuit of the Americas (COTA) is Marquez’ territory. 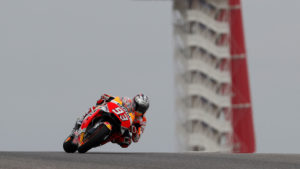 It is apparent that the anti-clockwise direction of the American layout fits Marquez’ driving style like a glove. The #93 of Repsol Honda is the number one candidate to win in the land of hamburgers.
Things look rather different for his partner Jorge Lorenzo.

Adjusting to his new Japanese bike is proving slower and harder than expected. In Grand Prix of Qatar, he came in thirteen and in Argentina he only managed a twelveth position. Although still not in top form, those results are very poor for a three-time MotoGP champion. He knows he has to improve fast.

Marquez’ rivals at the Grand Prix of the Americas

The Spaniard rider Marc Marquez will have to face a fierce group of adversaries, including Andrea Dovizioso, Valentino Rossi, Maverick Viñales, Alex Rins and perhaps even Jorge Lorenzo himself. All of them will attempt to dethrone him at the 2019 MotoGP Grand Prix of the Americas. 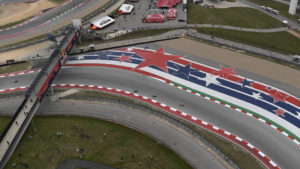 Ducati and ‘Dovi’ want the leadership back

Dovizioso hopes to turn things around after his poor performance in Latin America where he was toppled from the second place in the standings during the last lap in favour of Valentino Rossi and also from the first place at Termas de Río Hondo.

The Ducati #9 wants to protect his podium position on the back of his Desmosedici GP19, and ideally, to repeat the triumph achieved in the first encounter of the year in Losail Circuit. This is, however, not one of the most favourable tracks for the Italian. 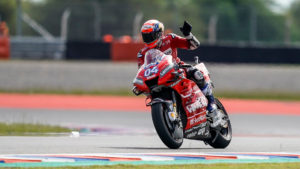 Meanwhile, his partner Danilo Petrucci has to continue growing at the 2019 MotoGP Grand Prix of the Americas. ‘Petrux’ has achieved two meritorious sixth places. However, he is feeling the constant threat of Pramac Racing’s Jack Miller, whose constant progression has led him to finish fourth in Termas.

Yamaha: Rossi, a tough rival; Viñales, in need of improvement

The veteran champion, Valentino Rossi, is also a solid candidate for success at the 2019 MotoGP Grand Prix of the Americas. The Yamaha #46 is in great spirits after coming in second in Termas de Río Hondo, stealing the position from Andrea Dovizioso with a great manoeuvre during the last lap. 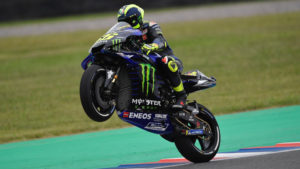 This was his return to the podium after an unlucky eight and a half month stretch. Just another great performance from the pilot from Tavullia, who at 40 years of age, feels as young as ever. The seven-time world champion who was 3rd in Austin in 2015 and 2nd in 2017, hopes to arrive again within the top three in order to keep his fight for the title alive. 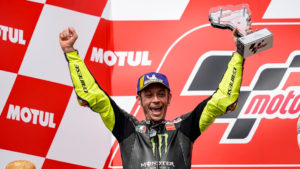 His team-mate Maverick Viñales, on the other hand, is not getting much joy on board his M1. He puts up a great fight for the pole but then his strength fizzles out during the race. The Figueras rider needs to improve his performance if he wants to keep his podium chances at the 2019 MotoGP Grand Prix of the Americas.

Alex Rins will also be there fighting for success at the 2019 MotoGP Grand Prix of the Americas. The pilot from Barcelona performed a great comeback in Argentina where he climbed from sixteenth to fifth place. He is fourth in the standings at 21 points from Marquez and with a GSX-RR that is constantly evolving. Rins is no small threat for those at the top. 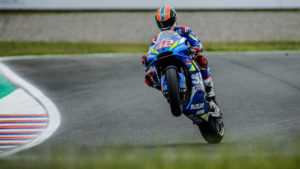 Meanwhile, his partner, Joan Mir, hopes to leave behind his abandonment in Argentina by sealing a good performance in Austin. His main goal at the 2019 MotoGP Grand Prix of the Americas: Defeating Fabio Quartararo, ‘Peco’ Bagnaia and Miguel Oliveira; his opponents for the best rookie of the year award.
‘2019 MotoGP Grand Prix of the Americas’ Images: Box Repsol Honda, COTA, MotoGP, Suzuki, Ducati & Yamaha.