The World Touring Car Cup or WTCR 2019 starts next weekend (5-7 April) with the Marrakech (Morocco) race at the Moulay El Hassan International Circuit. The final grid for this season includes twenty-six cars from seven different manufacturers, despite promoters having initially designed a championship for thirty-eight vehicles and eight manufacturers.

This reduction in numbers, however, has not affected the quality of the competition in the least, if anything, it has made it even more competitive. This season will also feature some great drivers such as Augusto Farfus, Johan Kristofferson, Andy Priaulx or Mikel Azcona, as well as a new team, the Lynk & Co. Who will receive the checkered flag first at every single race?

Competitively, the current Driver and Team defending title holders Gabrielle Tarquini and the BRC Racing Team (Hyundai), are the top contenders to beat. To protect their crown, the South Korean makers have focused on their BRC Racing Team project and reinforced their lineup with two major additions.

The Italian driver who won the French Yvan Muller of the M Racing-YMR by just threepoints will now share the garage with Augusto Farfus and Nicky Catsburg, a top-notch couple. One of Hyundai’s main opponents will be Lynk & Co.

The Chinese brand makes its debut by the hand of the Cyan Racing team, which counts with drivers such as Thed Bjök, Andy Priaulx, Yann Ehrlacher and 2018 sub-champion, Yvan Muller, amongst their ranks. 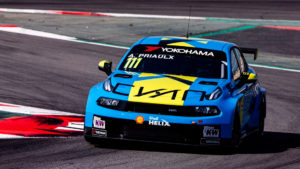 Honda will bring four cars in two different teams. Münich Motorsport will have the Argentine couple Esteban Guerrieri and Néstor Girolami, while the Hungarian Attila Tassi and the ex Formula 1 Portuguese Tiago Monteiro will be part of the KCMG team. 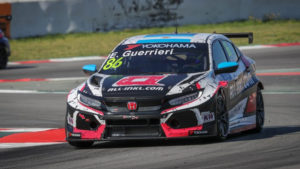 As for the European teams, Audi has limited its participation to four cars. Drivers Jean-Karl Vernay and Gordon Shedden will defend the colours of the WRT team, while Niels Langeveld and Fréderic Vervisch will take the start with the Comtoyou Racing team. 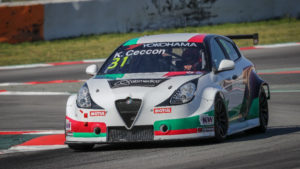 Also as part of the Comtoyou Racing team for the WTCR 2019, there will be two Cupra TCR piloted by Aurélien Panis and Tom Coronel (Dakar racer), while Daniel Haglöf and the Spaniard Mikel Azcona will be at the wheels of the other two Cupra TCR from PWR Racing. Finally, Kevin Ceccon and Ma Qing Hua will fight on board two Alfa Romeo Giulietta TCR owned by Team Mulsanne. 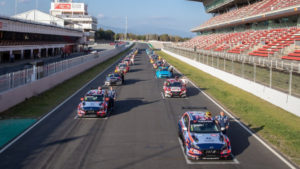 All of the above WTCR 2019 participants will embark on this exciting journey which consists of thirty races in a dozen different circuits and across ten locations. The curtain rises on April the 5th in Morocco and the grand finale will take place nine months after that, in mid-December in Malaysia.