After his departure from Formula1 at the Abu Dhabi GP 1, Fernando Alonso is now focused on his next goal: The Triple Crown. The Spaniard hopes to become one of the best-rounded drivers in motorsports’ history and in order to achieve it, he needs this award.

Winning the Triple Crown is no small challenge. Only one other driver has been awarded the honour in history: The Briton Graham Hill (1929-1975), who we will discuss further down in more detail.

But, why have so many others failed in their quest to conquer the legendary title? Let’s find out.

The Triple Crown is an honorary title which made up of three races: The Formula 1 Monaco Grand Prix, the 500 Miles of Indianapolis and the 24 Hours of Le Mans. These are the three most famous and demanding races in the world, so winning them all is a Herculean task.

It is not only about their rivals but the toughness of the races themselves that pose the greatest difficulty. Drivers are faced with extraordinary physical and mental challenges.

Monaco: A challenge through the narrow and lavish streets of the Principality

The Formula 1 Monaco GP has a narrow and winding urban layout where there is no room for error. It is the slowest, shortest (-3.334 m and 19 curves) and narrowest circuit of the Championship and it runs through the lavish streets of the Principality.

The absence of straight lines means drivers cannot even catch their breath during the whole 77 laps of the GP. For almost two hours (1:45 approx.)  they are continuously turning and changing trajectory.

The protective barriers are located at just a few centimetres from the asphalt, posing a constant threat to the cars and drivers.

Only the mentally strongest and most focused come out victorious in Monaco. The slightest distraction or lowering of the guard and they end up crashing against the barriers.

As if this wasn’t enough, Monte Carlo has its own particular difficulties. It is the only race where cars have to go through a tunnel at maximum speed. On the way out there is a descending slope that precedes a very strong braking point. At that precise moment drivers eyes are also adapting to the sudden change of light.

Le Mans, the mother of all races

If we had to choose one single race for its universal fame and toughness, this would probably be the 24 Hours of Le Mans. To be able to keep your foot on the accelerator during that length of time is only possible for a few speed heroes.

Each team consists of two or three drivers that take relays of approximately two hours but driving almost the equivalent number of kilometres of a whole Formula 1 season in a single day, is nonetheless a great accomplishment.

The gigantic stage for the legendary endurance race, the Circuit de la Sarthe, is 13,629 meters’ long and has 38 curves! 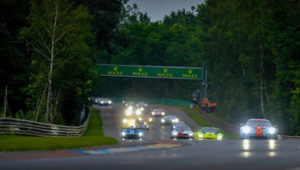 Some of Le Mans’ sections are made up of local roads which are closed off during the race. Apart from the railings which are installed on the edges of the road, the lining trees constitute the only ‘safety feature’ in case of an accident.

Speed is, of course, the other key factor at Le Mans. In the 6km of the Hunaudiéres straight, for instance, a top speed of 405 km/h was recorded in 1988. 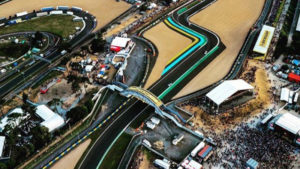 Another difficulty is the heavy traffic. The race agglutinates vehicles of different types, categories and characteristics which compete simultaneously. This particularity means that the fastest cars are constantly overtaking the slower ones. Some sections are also in absolute darkness during the night which increases stress and fatigue. 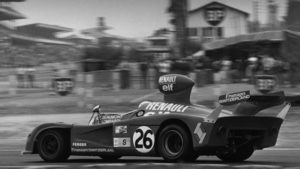 As if all of this wasn’t enough, the weather tends to be unpredictable. Often there is rain adding extra difficulty and drama to a race where accidents are common.

All these difficulties really push the stamina of drivers and cars to the limit. So much so that a 24 Hours of Le Mans famous motto declares that “It is the race that chooses the winner and not the other way around”. 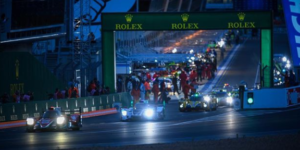 Le Mans combines the essence of the competition with a legendary history in which many drivers have failed. As an everlasting and tragic proof of its risk, Le Mans was the scene of the biggest accident in the history of motoring. Some 80 spectators and a driver (Pierre Levegh) died because of the disastrous accident of 1955.

From its first edition in 1923 until today, Le Mans has claimed the lives of twenty drivers in total but the thirst for glory is fearless at the Automobile Club de l’Ouest (ACO).

The 500 Miles of Indianapolis, an American legendary race

Almost as important and well-known as the 24 Hours of Le Mans in the world of Motorsports is the 500 Miles of Indianapolis.

First held in 1911, this is the oldest car race in the United States and one of the oldest on the planet. It is also known as the Indy 500 or Indianapolis 500 and it takes place at the world’s largest sports complex: the Indianapolis Motor Speedway in the state of Indiana. 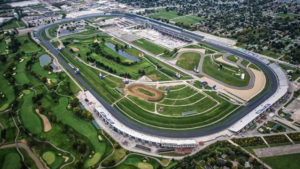 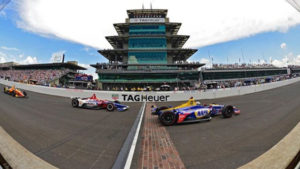 Tony Kannan set a speed record there with an average of 301, 644 km/h (187.433 mph) in 2013. In general, the top speeds of the 33 participating single-seaters are stratospheric. There are also constant overtakings and position changes. 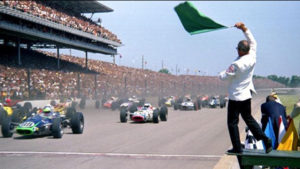 It is not surprising that serious accidents and safety cars are common at the American race. Over thirty drivers have died on the Brickyard asphalt chasing the American dream of speed.

Seeing the different characteristics of these races, it is obvious that only the very best can aspire to win them all. They require great versatility and skill to adapt to the different driving styles of those cars and circuits. 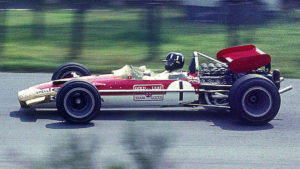 The Londoner completed his feat in 1972, when he took the 24 Hours of Le Mans … at 43 years of age, two years before his death. And this despite his team-mate Henri Pescarolo, famously saying on the day that he was too old to fight for glory…

If Alonso finally manages to take the Triple Crown he would have earned himself a rightful seat at the Olympus of Motorsport. Good luck to him!