CompetitionWhy Porsche cars have the ignition key to the left of the steering wheel?

If you are one of those few lucky people who has ever driven a Porsche, you will have noticed that, contrary to most cars, the ignition key is located on the left side of the steering wheel. This peculiarity doesn’t mean that all of the engineers at the German firm are left-handed…oh no. 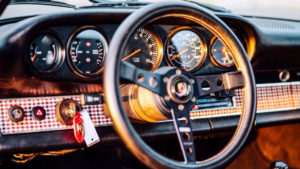 The position of the Porsche´s ignition key was neither a mishap nor an accident of any kind. Every millimetre of the Stuttgart’s machines is conscientiously designed. Driving any of its models is a journey through their sporting history. That’s where the secret lies. 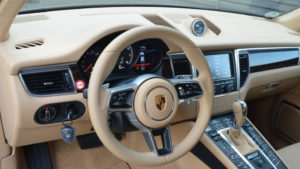 Proud of its sporting successes, the German brand always pays tribute to its competitive essence and attempts to keep the flame of triumph burning at all times. All the trophies on display at the Porsche museum attest their brilliant track record in several Motorsport disciplines. From all such specialities of the four wheels, however, Porsche’s participation in the 24 Hours of Le Mans stands out from the rest. It´s the most endurance and tough race. There, simply to see the checkered flag is a victory. 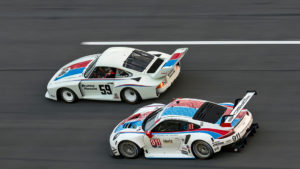 A clever change to gain precious seconds at the start

Up until the 1969 edition, the start of the 24 Hours of Le Mans was not done as it is today, with cars rolling in formation and maintaining their positions until crossing the start/finish line.

For several decades, cars were placed on one side of the start/finish line, while drivers were waiting on the other side. When the flag drop, they all ran towards their vehicles. Getting out and ahead of the bunch quickly was crucial to avoid the initial jam.

To that end, many participants in the race did not buckle up until they had negotiated the initial traffic, a practice that caused several accidents. Then in 1969, Jackie Ickx surprised everyone at the start of Le Mans as he proceeded calmly to his vehicle and then took his time to secure his harness before starting the engine. 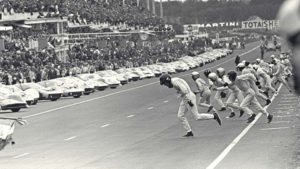 The engineers at Porsche had observed over the years that the location of the ignition on the same side as the clutch, that is, on the right, generated a small, but transcendental, loss of time. Drivers had to first start the engine and then engage first gear with the same hand and so at Porsche, they decided to move the ignition key to the left side.

With the new design, drivers could use the left hand to turn the ignition key and, simultaneously, engage first gear with the right. Those few seconds gave drivers a significant advantage over their competitors. According to some sources the change of the ignition key to the left of the steering wheel dates back to 1952.

Their innovative idea must have had an effect judging by Porsche’s string of successes that came afterwards, and not only in Le Mans but on every other discipline they took part in.

Nurturing their competitive spirit, Porsche decided to commemorate their victories by incorporating the same change into their commercial models, a feature that still remains.