4 4 Apr, 2019
Fernando Alonso test, 2019 F1 Bahrain test, Sakhir F1 test, McLaren 2019 F1 test
Almost five months after saying goodbye to Formula 1 at the 2018 Abu Dhabi Grand Prix , Fernando Alonso is back inside an F1 single-seater.  The brief but happy reunion took place last Tuesday and Wednesday at the Sakhir Circuit during the test sessions held there after the 2019 Bahrain GP.
In his new role as ambassador and advisor to McLaren, the two-time world champion has tested the MCL34, this season’s model, sharing the garage with Carlos Sainz and Lando Norris, official pilots of the Woking Scuderia. 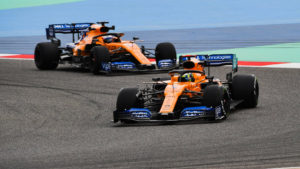 The drivers from Madrid and Bristol respectively carried out an intense work program consisting of testing different aerodynamic devices on the asphalt. Meanwhile, Alonso has continued his work on board the other car.
The British team is fully aware of its needs to continue making improvements despite the good sensations left by the MCL34 after the GPs of Australia and Bahrain. One of Alonso’s task during these testing days has been the trying out of some experimental Pirelli tires. The Italian firm wanted to know firsthand how their new compounds behave on the track. 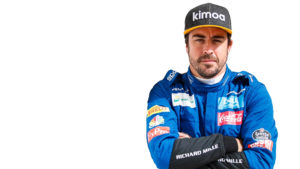 Alonso’s other job was evaluating the performance of the 2019 car, a job for which he is ideally suited thanks to his extensive experience and knowledge in this regard. The Spaniard has been analyzing the strengths and weaknesses of the MCL34 as it compares to its predecessor, so as to advice on the areas and elements where there is greater room for improvement.

During the second and last day of training, Fernando Alonso completed 69 laps and 373.43 kilometres on the Bahrain asphalt. Overall, the Spaniard has driven for a total of 133 laps and 719.80 kilometres and has declared to be delighted with the experience and the sensations of the new McLaren. 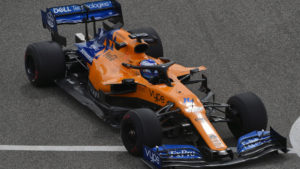 “It has been great to be back in the car for the last two days. I wish I have been able to help the team and Pirelli with the development of their tires, after having completed almost 70 laps per day. It is always a good thing to stay active in a Formula 1 car and experience the evolution of the car and tires. Therefore, everything has been positive and I am happy “, concluded the aspirant to the Triple Crown of Motorsports.

Alonso is positive about the new McLaren

Fernando Alonso started his testing on Tuesday at 9 o’clock in the morning, completing 64 laps and 346.37 kilometres and achieving a best time of 1: 32.207 on the first day. Later on, he explained what his impressions had been:
“It’s always nice because these cars are the fastest cars in the world, so as a driver it’s nice to feel the speed and the adrenaline. Even if there was a little bit of rain in the middle of the day, it was a positive day” – the Spaniard explained-. 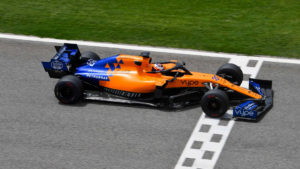 Fernando Alonso also spoke about the new MCL34 as compared to its 2018 predecessor, the MCL33. “Obviously is a step forward in every aspect. I think it has more grip, the car is less draggy on the straights. The engine is a step better as well. Overall, as a package, I think the car is going in the right direction.” – he concluded-.

The MCL34 has good foundations but it still has to evolve

Optimistic, but aware of the long way ahead, Fernando Alonso also stated that the car should continue to evolve if it wants to get closer to the three favourites: Mercedes, Ferrari and Red Bull. However, he stressed that the MCL34 has a good foundation to build upon.
“Obviously we saw in the first two races there is still another step to take if you want to compete with the top three teams. As a first step, however, I think it is a good foundation, and there is a good development program in place. It was a positive weekend for the team in Bahrein and we hope it continues to be for the rest of the season.” 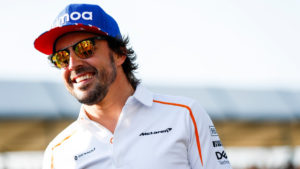 Fernando Alonso also declared to be satisfied with his retirement from the F1: “I do not regret my decision to stop racing in Formula 1 and I am very happy for the team.”
Fernando Alonso jumped back into a Formula 1 car for the two days of testing held after the Bahrain Grand Prix. In total, he has completed 133 laps and 719.80 kilometres, which have helped to evaluate the performance of the new McLaren and the 2020 tires.
Images: McLaren F1.