Fernando Alonso will take the controls of the McLaren MCL34 during the current season of Formula 1 , as reported by the British team. The Spaniard is not returning to the F1 on a racing role but as an official ambassador for McLaren during, at least, this season and the next. 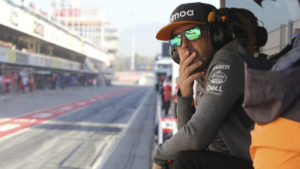 The Spaniard has declared his enthusiasm for the new sporting role that he has been asked to do with the Woking team: “Becoming an ambassador for McLaren is a great honour. McLaren is a special team, and despite the challenges we have endured recently, it remains so. I said before I stopped racing in Formula 1 last year that I see myself with McLaren for a long time to come, so I am delighted at this new role and the ability to stay closely involved with the team I feel is my spiritual home”.

“We have the Indianapolis 500 in May of course, which I am looking forward to immensely, but this is just the beginning of many things we can do together” – continued Alonso – “I am particularly passionate about nurturing young talent, whether that’s with my own team or helping the new generation of Formula 1 drivers at McLaren unlock their true potential”. 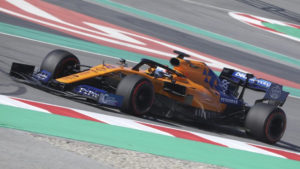 On the same note, Zak Brown, McLaren’s executive director, declared to the press: “Fernando is part of the McLaren family. He has set his place in the team’s history and continues to write his chapter of the McLaren story (…)”  “For any race team, having someone of Fernando’s class on hand to provide support through his experience is of huge value. His insights and perspective will be welcomed by both our drivers and engineers alike, while his stature and character remain highly appealing to our partners and fans.” 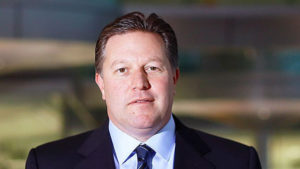 ‘El Nano’, as Alonso is known in his home country, will help in the development of the Woking cars for the 2019 and 2020 seasons as it is specified in his new role as ambassador for the English team.

No details have been revealed regarding the precise dates in which the twice-world champion will get behind the controls of the papaya missile. In any case, the Spaniard’s fans are in luck, as they will have the opportunity to watch their hero again inside an F1 car, even if only during training sessions or test days. 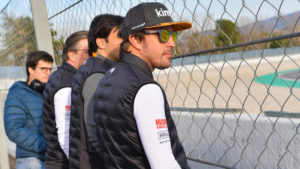 The news, however, hasn’t come as a complete surprise. Last Christmas we already reported on the possibility of Alonso trying the MCL34. McLaren did not want Alonso’s great experience and knowledge to go to waste. One of Alonso’s better-known qualities is precisely his great sensitivity to detect the strengths and weaknesses of the cars and providing valuable feedback for their set-up.

Rumours have been rife about his presence at the pre-season tests in Barcelona. Watching him at the Montmelo circuit on Tuesday the 26th, in his overalls, only intensified the speculation. In the end, he will not be testing on the Catalonian track with the MCL34, but at an unknown time and place during the year.

After his victory at the 24 Hours of Daytona with Cadillac last January, Fernando Alonso will face several sporting challenges in the coming months. First, on March the 15th, he will take part in the 1,000 Miles of Sebring, third before last race of the World Endurance Championship (WEC) Super Season 2018/2019, with the Toyota Gazoo Racing team.

Almost two months later, on May 4th, it will be the turn for the 6 Hours of Spa-Francorchamps, also part of the WEC, and only three weeks after that, on May the 26th, Fernando Alonso will take part in the Indianapolis 500. This last date is key for Alonso’s career as it could give him the victory he needs to be awarded the  Triple Crown of Motorsport … and to make history.

In June the 15th comes the final race of the WEC with the 24 Hours of Le Mans, and possibly with the title at stake.