Formula 1End of season marks for the different F1 scuderias

by H. Mayor – photos: f1.com | The 2017 Formula 1 season is finished with Mercedes as the irrefutable top scuderia and Hamilton as the absolute leader. Engines however, are still roaring at the first of the post-season races and all actors are gauging their expectations for next year. In the aftermath of the final, it is now time to do a recap on last season’s performance for the different F1 scuderias.

The initial doubts that Ferrari’s irruption sparked in the German scuderia were dispelled as the season went by, coming to the end the season with a strong feeling of dominance and absolute reliability. Their single-seater’s sheer power was matched with a very competitive Lewis Hamilton and, to top it all up, with a luxury team mate, Valtteri Bottas, which assumed his secondary role perfectly well playing a key part in their overall success (and winning three races on the side).

Their fabulous start-of-season had them all dreaming with the very real possibility of taking the title home but at the end of the year the feeling is mostly one of disappointment. Monaco, where Vettel was ahead of Hamilton by 33 points and with three victories and three second positions under his belt, marked the turning point of the championship. From then on, the German driver was only to have two more victories from a total of seven more podiums, same as Bottas at the time. Mercedes’ superior machine has opened a great distance from Ferrari’s and Raikkonen’s mediocre role (Only able to win Ricciardo occasionally) hasn’t been of much help either. It is time to get to work if they want to stand a real chance next year.

The scuderia of the energy drinks repeats classification, roles and feelings in 2017. Too far from the greats but far superior from all those coming behind. Ricciardo and Verstappen have managed twelve podiums between the two, the former taking most of those. They say goodbye with a certain deadlock feeling, as if they haven’t been able to squeeze the whole potential from a team of two excellent drivers.

The original uncertainty generated by the change of seats soon vanished after another more than acceptable year. They had Checo Perez and Ocon at the wheel this time and some of the most reliable cars of the whole grid (only two races unfinished). Both drivers have secured their continuity for 2018 after having achieved more points this season than the last despite running one less race. After the top three, they are the leaders of the pack and great things are expected of them in the future.

The best happening to the British scuderia, in what has been a very difficult year, has been the remarkable evolution of rookie Lance Stroll. Despite having to deal with Bottas’ parting from the start and being forced to bring back retired Felipe Massa, they have managed to finish the season with dignity and are looking to the future with optimism thanks to their Canadian jewel.

A start full of expectations only to achieve a mediocre result; perhaps one of the biggest disappointments of the season. A renewed single-seater and the signing of Hulkenberg made for a promising year but nothing seems to have worked quite as they were expecting. Jolyon Palmer’s disastrous season (only eight points in Singapore) has been a tremendous burden for their overall classification. They neither have been able to put together a competitive car. The signing of Carlos Sainz in the last stretch gives us some reasons to be optimistic but it will have to be followed by some months of intensive mechanical work. 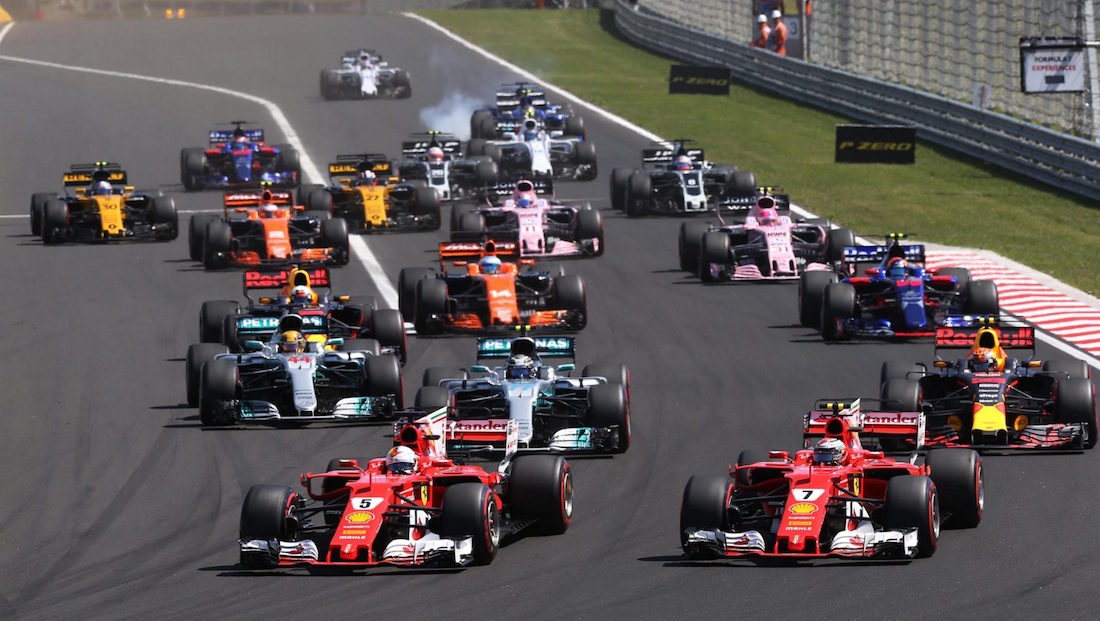 A year that initially could have been interesting has ended up in total shambles. The season has been marked by the strange relationship with their best asset (Sainz) and the very poor performance of Kvyat. There was also the half hearted changes of Gasly and Hartley mid-season and being surpassed by Renault, all amounting to a very sad end-of-season with no options to points. Great instability, an uncertain future (Honda’s partnership included) and the feeling of not having made the most of their single-seater.

The young American team has had a year full of inconsistencies, alternating great spells with races where they were obviously very far from the competitive level required. The only thing it can be asked from them now is to keep on growing in the future, improving their internal structure and building a stable competitive level. The team Grosjean-Magnussen, which will drive for the scuderia in 2018, seems a good starting point to build onto.

There are three good news for the Woking scuderia in the aftermath of the season : 1) The season is finished; 2)They have managed to get rid of Honda and 3) Fernando Alonso is sticking with them for next year. During the last stretch of the season, while dreaming of a better future with Renault they did manage some improvement and at least got to finish some races and accrue some points. Not much of a consolation for what has been a disastrous year from the start.

The most modest of the World Championship teams has competed with great dignity for another year despite his notorious differences with the rest. They are considering taking a qualitative step forward from next season; we will see, but it would be great news for the grid.