The 2019 Azerbaijan F1 Grand Prix, fourth race of the calendar, is taking place next weekend (26-28 April) at the urban circuit of Baku. After winning in China and dethroning his teammate Valtteri Bottas, Lewis Hamilton arrives at this appointment as the new leader.

Mercedes are dominating the championship with an iron fist having sealed three consecutive one-twos in the first three races and leaving Ferrari completely disconcerted. The Caspian Sea race, however, is prone to surprises. Will this be the end of the German team’s lucky strike?

After their disappointing start, Ferrari has an urgent need to win at the 2019 Azerbaijan F1 Grand Prix. Last was their fifth consecutive race without a victory (five in 2018 and three in 2019); an unacceptable record for the greatest team in history.

Maranello is agonizing with the poor performance of both their SF90 and of their lead driver Sebastian Vettel. Not to speak of their atrocious and controversial strategic decisions. The pressure over the Prancing Horse and the four-time German champion is now suffocating. 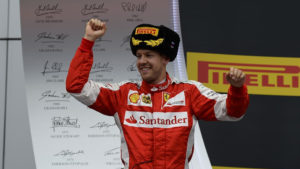 Vettel has become the centre of all critics. He is fourth in the standings with 37 points, 31 less than Lewis Hamilton. In the constructor’s standings, things are even worse for the reds with half the points of Mercedes.

In theory, the long straights of the Baku circuit should play in favour of the red missile at the 2019 Azerbaijan F1 Grand Prix, which has also been updated for the first time in the season. Still, Vettel’s reliability issues might once more be the Achilles heel of the team.

Close behind will be Red Bull. Their hope is to get on the way of one of the Mercedes or Ferraries and steal a place in the podium of 2019 Azerbaijan F1 Grand Prix. 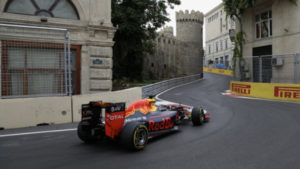 They have now introduced some improvements to their Honda engine for an increased power of approximately 20 horses, as well as having installed a new aerodynamic aide. Max Verstappen could well be in for a new podium at the 2019 Azerbaijan F1 Grand Prix.

In the midfield, everything suggests for a continuation of the current trend with Renault, Alfa Romeo, Haas, Racing Point, Toro Rosso and McLaren fighting on very equal terms and separated only by a few tenths of a second. 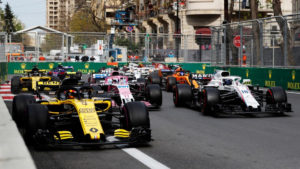 After a disappointing start, the French team is faced with a great challenge at the 2019 Azerbaijan F1 Grand Prix. Their performance has been seriously hampered by the reliability problems of the MGU-K of RS19. Things won’t be easy in Azerbaijan for Haas either, as they struggle to keep an optimal temperature in their tires.

Racing Point, having had a worse than expected start, will hopefully rip the benefits of their Mercedes’ mechanics on the straights of Baku and of a new aerodinamic pack. Their driver, ‘Checo’ Pérez, is the only driver in the team to have climbed to the podium in Azerbaijan on two occasions.

McLaren is hoping for their head of ranks Carlos Sainz, to enjoy better luck than he has in previous races. The Spaniard is desperate to collect his first points of the year.

Since its premiere in 2016, the Azerbaijani race has been held at the Baku City Circuit. Its 6,003 metres make it the world’s second longest circuit behind the Belgian Spa-Francorchamps.

It has a total of 20 bends, 12 to the left and 8 to the right, but it is most famous for having the longest straight of the Championship, a 2.2 km section that runs parallel to the Caspian Sea.

It is at this stage where most of the decisive showdowns take place. Anecdotally, the Williams of Valtteri Bottas reached 378 km/h in that section during the 2016 edition.

The most spectacular part of the circuit is the one that runs through the old city, a UNESCO World Heritage Site. In that stretch, drivers have to negotiate the narrowest of tracks with some stretches measuring a mere seven-meter wide.

Managing tyre temperatures is another of the typical challenges of street circuits as the temperature of the asphalt varies depending on how shaded roads are. On top of that, the common street asphalt offers a lower grip than that of purpose-made circuits.

All of the above make of the Baku City Circuit one of the most challenging of the season. Cars brushing each other are common, and so are safety cars.

In sum, this is always a very exciting and unpredictable race, so much so that since its first edition in 2016, there have been three different winners in as many years: Nico Rosberg (2016), Daniel Ricciardo (2017) and Lewis Hamilton (2018). 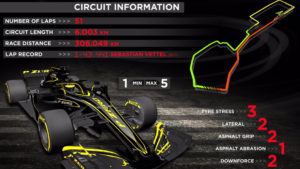