The tedious winter wait is over. The engines are roaring again. The 2019 World Superbike starts next weekend at the Phillip Island Circuit (Australia) from the 22nd to the 24th of February, just three days after the end of the preseason in that very same location. 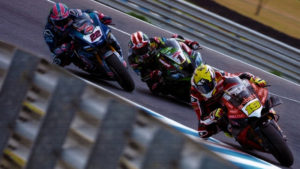 Eighteen pilots, twelve teams and five brands (Kawasaki, Ducati, BMW, Honda and Yamaha) will come face to face in their fight for glory next week. Of course, if you want to check or to reviwe 2019 World Superbike Calendar, here you´re.

Rea and Kawasaki: After their fifth title

One name stands above all others in an otherwise very impressive grid: Jonathan Rea. The current champion wants to continue making history. After matching the four titles of legendary Carl Fogarty (1994, 1995, 1998, 1999), in Rea’s case consecutively (2015-2018), the Northern Irish monarch is after his fifth crown. 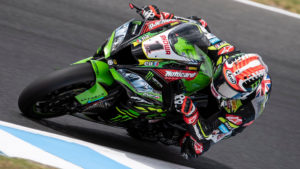 Since this is a relatively new competition (1988), no other pilot has yet been able of such success. Rea the four-time champion always wants to see the first checkered flag. The pilot from Ballymena (North Ireland) wants to make history. Jonathan Rea will sport the number 1 on his Kawasaki Ninja ZX-10RR.

In 2018 Rea exhibited an overwhelming superiority surpassing the second classified by 189 points and linking eleven consecutive victories -17 in total- in the final straight of 2018. Frightening figures for his rivals at the 2019 World Superbike. 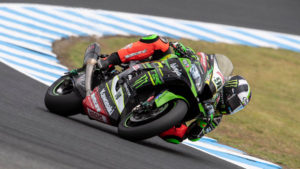 Sharing box in the Kawasaki Racing Team WorldSBK will be his compatriot Leon Haslam. He arrives at the competition fresh from winning the British 2018 Superbike Championship. That achievement together with his thirteen years competing at the World SBK make him a worthy rival.

Bautista and Ducati: A likely threat to Rea

This 2019 World Superbike season will see a debutant that could threaten Rea’s hegemony; the Spaniard Alvaro Bautista. After sixteen years in the Motorcycle World Championship, Bautista lands on the Aruba.IT Racing-Ducati team. 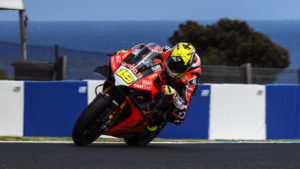 The 2006 125cc World Champion has already proved he adapts well to the new speciality by being the fastest in the pre-season tests held at Phillip Island. The Ducati Panigale V4R seems to fly in his hands, however, we will have to wait and see if he can keep up this sort of performance when he comes face to face with eighteen more sharks during the competition. 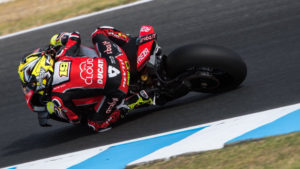 In any case,  Bautista has shown to have a good rhythm and a great rapport with his new bike. although it might be a bit over-optimistic to think of him as the next Carlos Checa, the only ever Spanish champion (2011) and the one who gave Ducati its last Superbike title, there are plenty of reasons to watch out for the #19, the show is guaranteed! 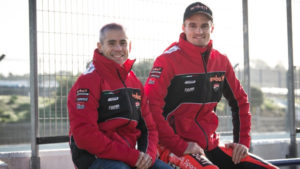 Bautista’s teammate will be Chaz Davis, second in 2018. The talented Briton will be a good point of reference for the Spaniard. Davis has competed in the World SBK since 2012 and enrolled in the Aruba team in 2014. During this time he has accrued three sub-championships (2015, 2017, 2018). If he is completely recovered from last season’s injuries, he is sure to put up a good fight.

Another name to keep in mind for the 2019 World Superbike is that of Tom Sykes. The Briton has made the leap to the BMW Motorrad WorldSBK Team from Kawasaki. In his new team, he counts with the support from the BMW factory structure. Sykes, who won the SBK in 2013, will bring a lot of experience to the development of the new BMW S1000RR. 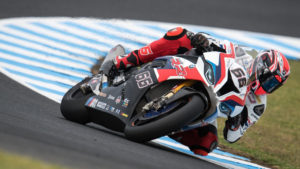 Tom, is not scared of the new challenge and has made it clear that he is coming out to win races. He will share the garage with the German pilot Markus Reiterberger, winner of the European Superstock 1000. The German has prepared intensively during the winter and wants to be faster every day.

Mark & Yamaha: Candidates for (almost) everything

Dutch pilot Mikel Van Der Mark will once again be one of the great stars of the competition. He fought for the second position against Davis in 2018, scoring two wins and eight more podiums. He will compete again in the PATA Yamaha WorldSBK Team with Alex Lowes. Both will be at the handlebar of the YZF R1 at the 2019 World Superbike. 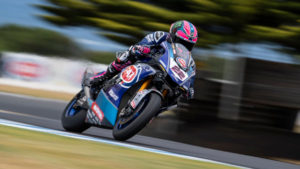 The ‘Italian’ muscle in Yamaha: Cortese and Melandri

Another champion of Superstock 2018, who arrives at the 2019 World Superbike is German Sandro Cortese. On the back of the YZF R1, he will defend the colours of the GRT Yamaha WorldSBK team together with Marco Melandri. The Italian veteran had a great 2018 season finishing fifth with ten podiums and two victories. 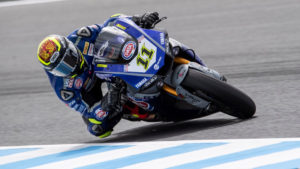 Veteran duo Leon Carnier & Ryuichi Kiyonari make up the Moriwaki-Althea Honda Racing Team line-up at the 2019 World Superbike. After 205 races, the Briton will constest in his eleventh season. 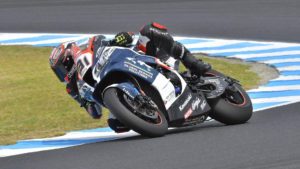 Meanwhile, the experienced Japanese pilot returns to the competition after leaving in 2010. Kiyonari has competed in a total of 53 races in which he has earned 6 podiums and 3 victories. The Briton-Japanese couple, with much experience, will ride on the back of the Honda CBR1000RR. Of course, HRC (Honda Racing Corporation) will support to Moriwaki-Althea Team.

Torres, other Spaniar on the grid

Jordi Torres, the only other Spaniard on the grid competes with the Pedercini Racing Team at the 2019 World Superbike with a Kawasaki Ninja ZX-10RR. This will be the Catalan pilot’s fifth season in the World SBK, having competed in a total of 99 races.

In 2018 he joined MV Agusta to compete in the highest category of production motorcycles. In September, however, he made the leap to MotoGP in replacement of injured Tito Rabat.

The 2019 World Superbike also brings about some format changes. On Saturday morning there will be a single 25-minute Superpole session for all pilots together. Up until now, this was done in two batches of 15 minutes each.

The Saturday race remains unchanged, on Sunday, however, a shorter extra race (10 laps) is added in the morning in addition to the longer one. It will consist of ten laps and will be called Tissot Superpole Race. Three races in total during a weekend that promises plenty of excitement.