29 29 Nov, 2018
fernando alonso, Daytona, 24 Hours of Daytona 2019, Cadilla, Endurance USA
Just a few days after bidding farewell to Formula One at the Abu Dhabi Grand Prix and testing a NASCAR car the day after that), Fernando Alonso announced that he will return to the 24 Hours of Daytona 2019. On this occasion, the Spanish driver will drive a Cadillac of the American DPi (Daytona Prototype) category.
The main goal of the Spanish driver seems now to be winning the legendary race. For this, he will count on the technical support of Wayne Taylor Racing, a top-level team that won the 2018 edition.

Alonso will share the Konica Minolta Cadillac #10 with the usual Jordan Taylor and Renger van der Zande, as well as with his Toyota World Endurance (WEC) partner and former Formula 1 driver, the Japanese Kamui Kobayashi.

The performance of the DPi prototypes, such as Alonso’s Cadillac for the 24 Hours of Daytona 2019, is much higher than those of the LMP2 (Le Mans Prototype 2) which he rode at Le Mans in 2018.

The DPis, however, participate exclusively in the American IMSA Championship, while the LMP2, as their name suggests, do so in Europe, as well as in the USA.

Therefore, it seems logical that the Spanish champion has enrolled with the best of both categories for the Florida race.

Alonso was seduced by the race in 2018

Alonso had a very satisfying first experience at Daytona in 2018. On that occasion, he rode on board an LMP2 of the United Autosport team, owned by Zak Brown, his former boss at McLaren F1.

The United Autosport team, however, is not participating in the 2019 edition. This seasons’ regulation changes have left them without any chance of victory and so both him and his partner Richard Dean are getting ready to come back in 2020 in the LMP1 category. With Alonso? Maybe, although nothing has been agreed yet.

“I am very happy about joining Wayne Taylor Racing and Cadillac to race together at the 24 Hours of Daytona 2019. This is undoubtedly one of the greatest races in American and the world of motorsports. Returning to the United States is always special. The atmosphere created by the fans is unique throughout an incredible weekend. I really hope to fight for the win, as well as having fun and putting a smile on fans’ faces” 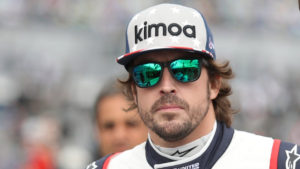 “I made my debut last year both in endurance races and with these sportscar prototypes, as well as on this track. I was left wanting more after a brake issue ended our hopes of stepping onto the podium. After an intense year in which I’ve competed in both Formula 1 and the WEC, I’m really looking forward to 2019 and trying to conquer one of the most important races in the world.”

“I’m brimming with hunger and desire and I can’t wait for the first race of next season and going out on track to battle with my WRT teammates.” concluded the Spaniard.

With this announcement, Alonso confirms another racing date on his agenda, quite free now after leaving F1. The five rounds will start with the 24 Hours of Daytona 2019 (January the 26th). 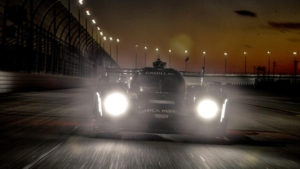 This last race in the United States is no doubt marked in red on his calendar as it is the key to obtaining the Triple Crown of Motorsports, an honorific award that only the Briton Graham Hill has conquered before him.

Alonso has his sights set on the most emblematic races in history. There is no doubt that, as he himself has said, he wants to become the most complete driver of his time. And he is constantly taking steps to achieve that objective.

The 24 Hours of Daytona 2019 will mark the start of a very exciting year for Alonso.