CompetitionThe cars from ‘Roar Before the Rolex 24’: The 24 Hours of Daytona test sessions

The pre-24 Daytona test sessions called ‘Roar Before the Rolex 24‘, are taking place this weekend. These tests, which started on Friday and finish today, have brought together the 47 cars that will compete at the legendary 24 Hours of Daytona. 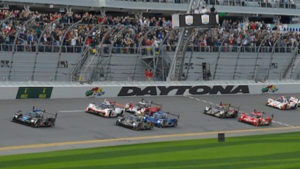 The ‘Roar Before the Rolex 24’ gathers the same contestants who will start at the 24 Hours of Daytona (26-27 January) as race regulations require that all race participants take part in the test sessions.

There are four entries belonging to four different brands for the Daytona Prototype International category (DPi): Cadillac (6), Mazda (2), Acura (2) and Nissan (1).  The current champion will count on the help of 2018 heroes (Joao Barbosa, Filipe Albuquerque and Christian Fittipaldi) to defend his title. They will also be aided by newly landed Mike Conway, star of the World Resistance or WEC. 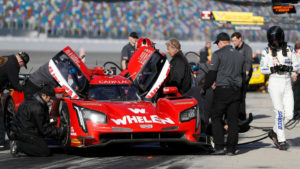 Another big contender will be the Cadillac DPi-V.R #31 of the Whelen Engineering team. Not in vain Felipe Nasr and Eric Curran won the  WeatherTech Championship Prototype 2018 title. Joining them will be Pipo Derani, winner at Daytona 2016, making up for a very well rounded team.

A name that stands out at this the 51st edition of the legendary race is that of Fernando Alonso. The former Formula 1 driver will take part for the second time in the endurance test in Florida. His first time was on board an LMP2 of United Autosport in 2018. 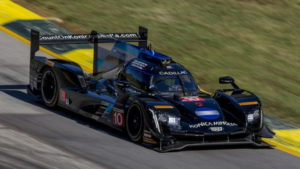 This time he has enrolled in the ranks of one of the leading teams, considerably increasing his chances of success. He will be at the wheel of the Cadillac DPi-V.R #10 of the Wayne Taylor Racing-Konica Minolta team. The Spaniard will team-up with Japanese driver Kamui Kobayashi, Dutchman Renger Van Der Zande and American Jordan Taylor.

Only four LMP2 cars (all with an Oreca chassis) have been registered for the Roar Before the Rolex 24. From these four, two belong to Dragon Speed. The small number of these type of prototypes has to do with the IMSA’s decision to concede technical advantages to the DPi against the LMP2.

The ‘Balance of Performance’ gives extra power to the DPi while reducing their weight, while the LMP2s have ‘gained’ 10 kg and seen their maximum speed or rpm trimmed at the same time. 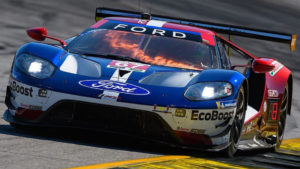 The strongest contenders are the Ford GT #66, winner at Daytona 2017 and Le Mans 2016, as well as the Ford GT #67, champion of the Rolex 24 2018. They nonetheless will have to look out for the Chevrolet Corvette C7.R, which had several successes at the past WeatherTech Championship.

GTD: The most popular class 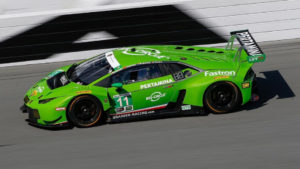 The Lamborghini Huracán GT3 number 11 of the GRT Grasser Racing Team returns to the Roar Before the Rolex 24 to defend its GTD class crown achieved in the Rolex 2018.

It will also jump to the track the Lamborghini Huracán GT3 number 48 of Paul Miller Racing, winner in the GTD class of the WeatherTech Championship in the 2018 season.