Formula 1Salaries of Formula 1 drivers in 2019

The Formula 1 drivers’ salaries for 2019 has just been published and, as is to be expected, the figures are astronomical. To get a rough idea, the lowest-paid drivers on the grid, such as Antonio Giovinazzi (Alfa Romeo), are paid around 500,000 euros per year, while the best paid of them all, the British five-time champion from Mercedes Lewis Hamilton, takes home a whopping 42 million euros per year. 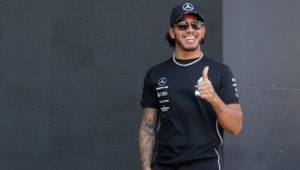 In their favour, it must be said that elite athletes such as Hamilton are considered to be among the 20 best on the planet in their particular sports speciality. Not to mention the fact that they do put their very lives on the line every Sunday, even if it is doing the job they love.

Added to all of the above is the very nature of Formula 1, a sport surrounded by glamour, the highest technology and gigantic budgets. It, therefore, makes sense that the stars of the show are remunerated accordingly.

Rank of Formula 1 drivers’ salaries for 2019

On number 20, and at the bottom of the Formula 1 drivers’ salaries for 2019 is Antonio Giovinazzi. This is the Italian’s first full season in Formula 1 and so the driver from Alfa Romeo had to settle for just 500,000 euros per year. On number 19 but with a similar salary is George Russel, who is debuting with ill-fated Williams.

With 700,000 euros, the Briton and rookie promise, Lando Norris, occupies the eighteenth place. With 50,000 extra euros Toro Rosso Daniil’s Kvyat Russian, Kvyat beats him for one place. Equally paid is his teammate at the Faenza team Alex Albon.

As we arrive at the fifteenth position of the Formula 1 salaries ranking, we have to add on an extra figure to the annual salary. Williams’ Polish driver Robert Kubica has an annual salary of 1 million euros. Not bad considering it is the worst team of 2019.

Pierre Gasly from Red Bull gets half a million euros more (1.5 million in total) than the driver from Krakow. The Frenchman had better start bringing in some results, however, otherwise he might soon stop being on the payroll of the Milton Keynes’ team.

Lance Stroll, son of Racing Point’s owner, has an annual wage of 2 million euros. Being as he is the son of such a wealthy businessman, however, the young Canadian is probably not overly concerned with money.

The twelfth and eleventh places are for the teammates and rivals from Haas. Off the track, at least, Kevin Magnussen and Romain Grosjean won’t be fighting about who is the better paid of the two as they do like to fight with their cars. Each of them earns 2 million a year.

Closing the top ten of Formula 1 drivers’ salaries for 2019 is Charles Leclerc. Despite driving for Ferrari, the young Monegasque only cashes in 3 million euros. Considering prices in his native Monte-Carlo, where he also lives, though, he might not make the end of the month.

On number nine, we find Spaniard Carlos Sainz. The driver from Madrid is the leader of McLaren and is paid an annual stipend of 4 million euros, the same as number eight, Sergio Perez from Racing Point.

Kimi Raikkonen is number seven of Formula 1 drivers’ salaries for 2019. After leaving Ferrari for Alfa Romeo, the Finn has had a pay cut of 14 million euros (down from 20 to 6 million). He must have had to make some re-adjustments in his lifestyle.

German driver Nico Hulkenberg, who is currently negotiating a contract renewal with Renault, will be hoping to match or improve his recent salary of 8 million euros. Mercedes’ Valtteri Bottas closes the Top Five of Formula 1 drivers’ salaries for 2019 with that same wage.

Fourth place is for Red Bull’s star, Max Verstappen. The talent of the Dutchman is rewarded with 12 million euros a year.

And now we have reached the podium of the F1 drivers’ salaries. The third position belongs to Daniel Ricciardo. The Australian has made a good leap forward since he signed with Renault, who pays him a generous 20 million euros a year.

Second place of Formula 1 drivers’ salaries for 2019 goes to Sebastian Vettel with 35 million in Ferrari. And Lewis Hamilton, Mercedes’ five-time champion, is, as it is to be expected considering his performance and track record of successes, the best-paid driver on the grid with his 42 million a year.